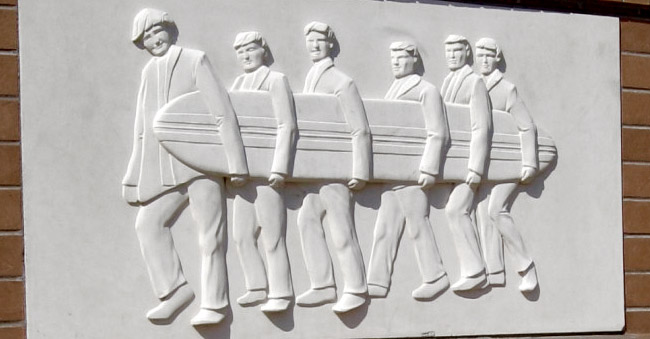 HAWTHORNE, CALIF.-- Beach Boys Brian, Carl and Dennis Wilson grew up and shared a bedroom at their modest family home at 3701 West 119th Street in Hawthorne. It was demolished in the 1980s to make way for the 105 (Century) Freeway, but is remembered with California Registered Historical Landmark No. 1041 in a residential neighborhood at the foot of the freeway embankment. This is where they launched their band in 1961--they signed a contract with Capitol Records in '62.

SITE OF THE CHILDHOOD HOME OF THE BEACH BOYS

It was here in the home of parents Murry and Audree that Brian, Dennis and Carl Wislon grew to manhood and developed their musical skills. During Labor Day Weekend 1961, they, with cousin Mike Love and friend Al Jardine, gathered here to record a tape of their breakthrough song, "Surfin". This marked the birth of the rock group known worldwide as The Beach Boys, and the beginning of an historic musical legacy that would change the recording industry. The music the Wilsons, Love, Jardine and friend David Marks broadcast to the world an image of California as a place of sun, surf, and romance. Brian Wilson would become a legendary producer, arranger, and songwriter.

California Registered Historical Landmark No. 1041
Plaque placed by the State Department of Parks and Recreation in cooperation with the City of Hawthorne, May 2005. 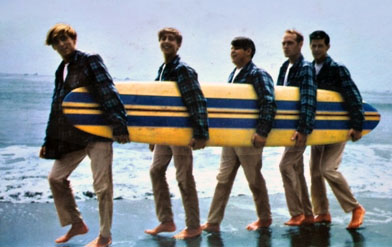