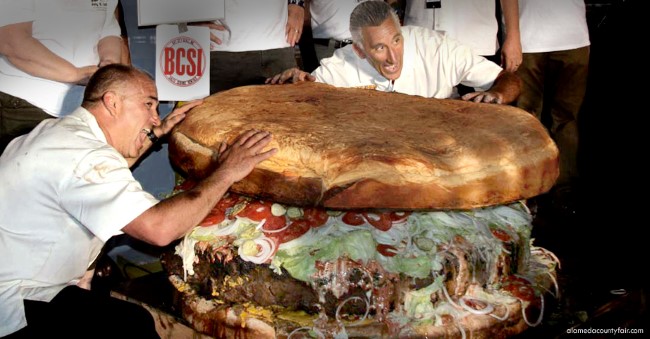 In 2011 the World Record for Largest Commercially Available Hamburger at 777 lbs! was set at the Alameda County Fair in Pleasanton.

History was made on this day at the 99th Annual Alameda County Fair-- breaking the record for the world's largest Largest commercially available hamburger with all the trimmings for a final weight of 777 pounds. The hamburger contained lettuce, tomatoes, onions, pickles, catsup, mustard, special sauce and a golden bun.