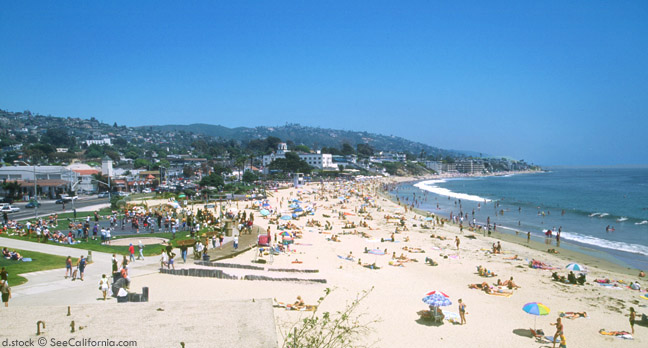 
Here are rules you'll find at many beaches. Some rules seem to make sense, while others may just tick you off!

No Smoking: Smoking is prohibited at most CA Beaches after laws were enacted during the past decade.

No Glass Bottles or Glass Objects: People cut their feet on glass, usually from broken bottles hidden in the sand.

No Swimming in Certain Areas: For safety reasons certain areas are off-limits to protect people from unforeseen dangers.

No Alcoholic Beverages: San Diego was one of the last bastions on the Southern California coast to allow drinking until several years ago when a near riot resulted in law being changed.

No Nudity: Nude sunbathers have typically hidden in coves at a few beaches. But people complained that nudity isn't OK for their children to see, and the nudity was outlawed on all but a few isolated beaches.

No Fires: This rule has been around for decades on many beaches. Now the popular bonfire beaches may see their fires snuffed out.

No Dogs: Dogs and dog beaches are a liability to most cities. Last year California State Parks stood firm in Santa Monica and told the locals no dogs would be allowed on their beaches. However, there are many cities with full beach access for dogs, or assigned areas.

No Admission (beach curfew hours vary.) The subject of beach curfews went to court in Laguna Beach and the city was required to change its policies and hours to be less restrictive. However, cities generally like restrictions. They cite less crime and violence when people aren't allowed on the beach.

No Surfing: During summer months when crowds are massive, or when sharks are spotted, surfing can be prohibited at popular beaches.