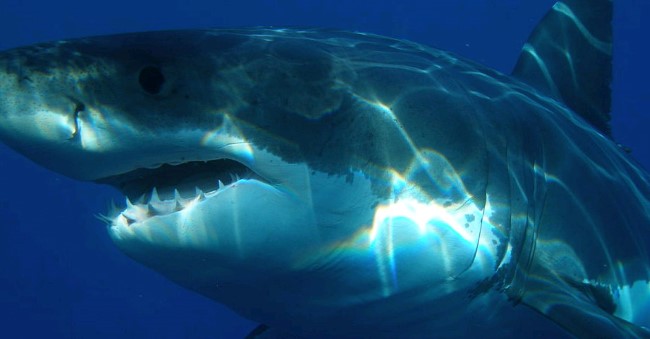 Francisco Javier Solorio Jr., 39 October 23, 2012 Great white shark Solorio died after he was bitten in his upper torso by a great white shark. The attack occurred at Surf Beach near Vandenberg Air Force Base in Santa Barbara County, California, just two years after a fatal attack in the same location.

Lucas McKaine Ransom, 19 October 22, 2010 Great white shark Ransom died after a great white shark pulled him off his bodyboard just before 9 a.m. about 100 yards off Surf Beach near Vandenberg Air Force Base in Santa Barbara County, California. He suffered the loss of his left leg, resulting in massive blood loss. On October 25, 2010, the Santa Barbara County coroner confirmed the species as great white after conferring with shark experts from the Los Angeles-based Shark Research Committee. The shark that attacked Ransom is believed to have been 17-18 feet long, weighing approximately 4,000 pounds

David Roger Martin, 66 April 25, 2008 Great white shark Martin was killed at approximately 7:20 a.m. while swimming with a group of eight other triathletes off a beach in Solana Beach, California. The victim was bitten across both thighs.

Randy Fry, 50 August 15, 2004 Great white shark Fry was killed while diving for abalone with a friend in 15-20 feet of water 150 feet from shore off Mendocino, California, near Kibesillah Rock. His headless body was recovered the next day. His head washed ashore 2 miles north on September 3. The bite radius was 18 inches, allowing experts to extrapolate the shark was 16-18 feet long.

Deborah Blanche Franzman, 50 August 19, 2003 Great white shark Franzman was attacked at approximately 8:15 a.m. while swimming in 15-20 feet of water 75 yards off Avila Pier, Avila Beach, California. She was bitten on the left hip and lower right leg by a shark estimated to be 15-18 feet long. According to witnesses, Franzman was swimming with seals alongside a line of buoys in a full wetsuit before the animals suddenly scattered. Franzman screamed for help after the shark struck twice and swam off, but apparently lost consciousness and drifted face-down in the water before lifeguards pulled her to shore, by which time she had died of blood loss. Her wounds included a severed femoral artery. Franzman was only the second shark-related fatality in San Luis Obispo County history since the April 1957 death of Peter Savino.

Michelle von Emster, 25 April 16, 1994 Great white shark von Emster was killed while swimming off Point Loma, San Diego, California. The San Diego County medical examiner's office ruled she was killed in a shark attack; however, some in the law enforcement community have questioned this conclusion and feel she may have been murdered and dumped in the Pacific Ocean. Her leg was bitten off by a great white shark.

Tamara McAllister, 24 January 26, 1989 Great white shark McAllister was killed while kayaking off the coast of Malibu, California with her boyfriend, Roy Jeffrey Stoddard. McAllister's body was found floating face down two days later, with large sections from her legs and buttocks missing; no trace of Stoddard was ever found.

Omar Conger, 28 September 15, 1984 Great white shark Conger was attacked at 8:30 a.m. while free-diving for abalone with a friend, Chris Rehm, 33, in 15 feet of water about 164 yards from shore near Pigeon Point, between Half Moon Bay and Santa Cruz, California. The men had been in the water for about 20-30 minutes before the attack occurred. Water conditions were calm, but visibility was less than 3.3 feet. Conger was struck twice, with the shark initially thrashing and pulling him underwater before resurfacing and swimming away. Rehm pulled Conger onto an inflatable surf mat, but Conger bled to death before they could reach shore. Injuries to Conger's thighs were extensive (both femoral arteries were severed), and his hands and buttocks were severely bitten; the wounds suggest an attacking great white shark about 14-16 feet long. Conger's black wetsuit may have increased the likelihood the shark mistook him for a seal

Lewis Archer Boren, 24 December 19, 1981 Great white shark Boren was attacked on December 19 while surfing alone at South Moss Beach, Spanish Bay, Monterey, California. He was last seen by friends at approximately 2 p.m. The next day, two surfers stumbled upon Boren's kneeboard, which had washed ashore at Asilomar State Beach with an 18-inch, crescent-shaped bite taken out of one side; the board's missing piece was found nearby. Analysis of the bite mark showed the presence of embedded teeth fragments from a great white shark. At 11 a.m. on December 24, Boren's body was spotted by a park ranger near Pacific Grove, about 0.62 miles from the attack site. Boren, who had been wearing a dark wetsuit, was believed to have been lying on his yellow kneeboard in 10 feet of water just beyond the break point, when a great white shark struck from the left side, biting through both Boren and his board. Water conditions were rough, with average temperatures for that time of year and excellent visibility. Boren was bitten once, his massive wound extending from beneath his left armpit to just above the hip, and stretching more than halfway across his body. The attacking shark is estimated to have been 17-19 feet long.

Arthur Barry Lyle Wilson, 17 December 7, 1952 Great white shark Wilson was attacked at approximately 2 p.m. while swimming near Lover's Point, Pacific Grove, California with a friend, Brookner W. Grady, Jr., 15. Wilson was some 25 yards from shore in 30 feet of water. Wave faces averaged 8 feet, with 6-8 feet of visibility in the 55 °F water. Suddenly, a 12-15-foot shark attacked Wilson, thrashing him and lifting him several feet into the air. Grady swam to his friend's aid and began gouging the shark's eye with a hunting knife. Four other swimmers helped pull the unconscious Wilson onto an inner tube, reaching shore some 20-30 minutes later with the shark circling the entire way. By then, Wilson had bled to death. His right leg was nearly bitten off in the attack; he also suffered a severed femoral artery, gashes to his left thigh, torso, and back, and a large chunk was torn out of his right buttock. The wounds suggest Wilson was bitten at least four times. The attack, which was witnessed by scores of beachgoers, is the first authenticated attack on the California coast.