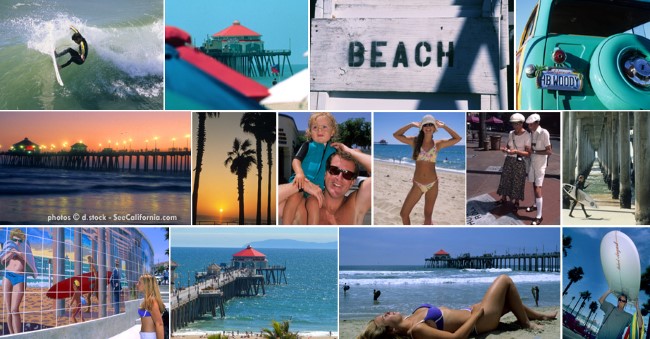 Huntington Beach Chief Of Police Ken Small's Administrative Assistant Karin Reed asked me to mention this Item:
The City of Huntington Beach will play host again to the US Open of Surfing sponsored by Nike, Hurley and Converse. The Contest kicks off last Saturday and finishes Sunday August 5th. The Huntington Beach Police Department has worked in cooperation with the promoter IMG to make some changes that will hopefully make the event safer and more enjoyable. HBPD and IMG have a close partnership and have been working diligently since last year's event to implement some needed changes.
Shuttle service from Edison High School and Huntington Beach High School on Saturday August 4th and Sunday August 5th. Park for free and enjoy a free shuttle ride to the event courtesy of IMG.
Addition of portable restrooms downtown at Main and Walnut.
After hours street cleaning in the downtown area.
Message board detour signs on P.C.H. at Beach and Warner for heavy traffic.
Main Street closed to vehicle traffic on Friday August 3rd through Sunday August 5th.
New venue site plan and stage location.
No concert on Saturday August 4th! Saturday will host the Junior men's and women's surfing finals and the skate qualifier.
Please remember the following items are strictly prohibited in the venue and on the city beach:
Alcohol (strictly enforced), Smoking, Animals (except service dogs), Vending or Product Sampling
The following items are prohibited in the concert venue:
Alcohol/Smoking, Umbrellas, Skate Boards, Coolers, Glass Bottles, Back packs and large purses are subject to search
The Huntington Beach Police Department would like to remind everyone the parking lots fill up early and encourages the use of the weekend shuttle service.

Lead and Copper Testing
The United States Environmental Protection Agency (EPA) has mandated that all water suppliers have a monitoring program for the detection of lead and copper. The State requires that all large water systems perform this monitoring every three years. The Public Works Utilities Division will be sending out letters to a number of households beginning this week seeking volunteers for the program. There is no cost to the resident and results of the testing will be mailed to all participants. To qualify for the testing houses must not have: a water softener, epoxy/poly coated piping, piping less than 6 months old, or a whole-house treatment device. If residents elect to participate, Utilities Division staff will deliver a sample bottle with instructions. Participants then leave the bottle on their doorstep and staff picks it up the next day. Please consider participating should you receive a letter.

The featured business in http://www. Is: Tracy's Fitness Studios at: 6094 Warner Avenue Unit A In Huntington Beach. Click on the link to get your savings coupon: http://www./coupons/tracys-personal-training-coupon.html It is good for any free class, one per customer. If you have any questions call: (714) 843-9002. You can also log on to: http://www.tracysfitnesstudios.com .

Tune into KTLA Channel 5 This Saturday from 6AM to 7AM and Sunday from 6AM to 9AM to watch Chris Burrous, Wendy Burch and Liberte Chan. They have the best news show in Southern California.

Here are some Events of Interest:

Dane Reynolds, one of the most progressive surfers in the world, is among the 2012 inductees for the Surfers' Hall of Fame. Reynolds joins Rabbit Kekai and Andy Verdone in immortalizing their hand and footprints in cement for the ages on Friday, August 3rd at 10:00 a.m. in front of Huntington Surf & Sport. Famed sports commentators David Stanfield and Rockin' Fig will serve as Masters of Ceremony. Please visit http://hsssurf.com/shof for more information.

Celebrating its 15th anniversary in 2012, the nation's first imprint collection of legendary surfers, the Surfers' Hall of Fame celebrated its first induction in 1997 inside of specialty retailer Huntington Surf & Sport where several slabs remain. Four years later with the blessing of the City Council and a stunning bronze statue of sport's spiritual leader Duke Kahanamoku, the ceremony moved outside to the corner of PCH and Main; less than 100 feet from the famed Huntington Beach Pier and the U.S. Open of Surfing.

Reynolds, a 26-year-old from Ventura, California, is easily one of the most exciting and creative surfers on the planet; known for his "go for broke" style of surfing that includes a repertoire of experimental and aerial maneuvers. He was born in 1985 and started surfing at the age of 10 after he moved from Bakersfield to Ventura. It was here on the point breaks around Santa Barbara that Dane honed his progressive style. He first started competing at age 13 and by age 17 was considered to be California's greatest hope for a world title, the heir to Tom Curren's late '80s early '90s soul reign, and heartthrob to tons of teenage girls reading the surf magazines.

Reynolds competed in the 2003 and 2004 X Games and received the highest single wave score both years. His first video, "First Chapter", won Best Male Performance in a Video and Video of the Year at the 2006 Surfer Poll Awards. Dane qualified for the 2008 World Tour after finishing runner-up to Jordy Smith in the 2007 World Qualifying Series. He wound up 19th on the tour that year and then rocketed into the coveted Top 10 in 2009. Reynolds had a breakout year in 2010, ending up tied for fourth in the world. It only seemed like a matter of time before he would dethrone Kelly Slater.

2011 came and went, but injuries kept him out of several events and seemed to throttle his competitive drive, but not his desire to push the boundaries of the sport. "I don't put too much importance on winning contests, which I think can make surfing boring," Reynolds said in an interview. "You've got guys doing safe turns all the way to the beach to get a seven-point ride. I don't see the point of that. I prefer surfing as an art as opposed to a sport. It's such a rad thing that it's crazy to confine it to a certain criteria."

In one of his few mainstream media interviews, Rolling Stone opined that one of the ways to understand just how differently Reynolds sees waves-and the act of riding them-is to consider the fact that, for a guy who makes his living on the water, he spends a lot of time in the air. His athletic, acrobatic free-surf style is punctuated by unearthly aerial maneuvers and cartoonish twists and turns, running counter to the straight-ahead, power mode that seems to dominate the professional circuit today. But in Reynolds's view, it really isn't whether you win or lose, but rather what you do when you're confronted with a break.

In announcing that he was leaving full-time competitive surfing, Dane posted on his website that, Surfing is my passion in life. I always think about how lucky we are that there's even an ocean, and it's not too hot or too turbulent and it's not made of acid that burns our skin off. And how lucky is it that the land tapers into the ocean in just the right way so that when lumps of energy approach from a thousand miles away they gently rise up and crash at just the perfect speed so that we can wave our little arms and match their speed and hang at the crest weightless for just a second before sliding down the face. There are tons of them (waves). They keep coming, all different sizes shapes and speeds; endless joy.”

The Surfers' Hall of Fame induction ceremony pays tribute to those individuals who have made an indelible mark on the sport, industry and culture of surfing. Annually, tens of thousands of visitors to Huntington Beach's downtown area literally walk in the footsteps of surfing superstars and legends from several eras including Laird Hamilton, Andy Irons, Jack O'Neill, Robert August, Bob Hurley, Sean Collins, Kelly Slater, Lisa Andersen, Pat O'Connell, Al Merrick, Shaun Tomson and Rob Machado who are already immortalized in cement.

The Surfers' Hall of Fame induction ceremony is open to the public, free-of-charge. Further information is available at http://hsssurf.com/shof/

It's already been a Year since the Best Weekly Event in Huntington Beach Started. Come and support The Peters Landing Local Harvest Certified Farmers Market at: 16400 Pacific Coast Highway in Huntington Beach. There is free parking and it is easy to shop. Enjoy more than 50 Vendors Including the very best Fruits and Vegetables, Good Arts and Crafts, a Petting Zoo and Pony Rides. There also is free Wi-Fi at The Venue. You'll be entertained from Tip Jar Poets. This is on from 9AM to 2PM. If you have any questions call Lee Ostendorf at: and she'll be glad to answer them. You can also look at: http://www.localharvestfarmersmarkets.com as well.

Just Plein Fun,. The Debra Huse Gallery is proud to present the Seventh Annual Just Plein Fun Event. Watch Thirteen Artists paint scenes on Balboa Island of Newport Beach from 4PM to 6PM while hearing Live Music from Grant Peacock. They'll be a reception following this event at 229 Marine Avenue on Balboa Island at 6:30PM to show the winners paintings. If you have any questions please call: (949) 723-6171. You can also look at: http://www.debrahusegallery.com .

Look at: http://www.seecalifornia.com to see what is happening in Your Area.

The National Night Out Event is happening in Huntington Beach at The Target Store - 9882 Adams Avenue from 4PM to 8PM. On National Night Out people nationwide will join together with neighbors, friends, businesses, and police to send a signal to criminals that we will not tolerate crime in our communities. National Night Out is a central point of focus for our community to rally together to fight crime. It is also an essential component in our Neighborhood Watch Program creating an opportunity within a neighborhood or community to celebrate and come together. National Night Out is a demonstration of the positive value of a strong community and police partnership based on a mutual concern for the safety of our neighborhoods. With each porch light that is left on and each streetlight that illuminates a neighborhood, a beacon of hope is sent to good honest citizens and a strong message sent to perpetrators that crime will not be tolerated. Here's what you can get at the event, crime prevention and safety information booths by the Neighborhood Watch Program, CERT program, CSP (Community Services Programs, Inc.), and AAA of Southern California. There will be Police and RSVP vehicles along with a Fire Engine, CERT trailer, and more. Make-a-Wish Foundation of Orange County and the Inland Empire and their Canine Ambassador Doc Barker, Magic Freddy Events (body painting and balloons), and Officer McGruff have all agreed to be present. We will have games to play and prizes to win being provided by Chase Bank, HB Neighborhood Watch program, and others. There's also some special speakers. If you have any questions please call: (714) 536-5933.


Also The National Night Out Event is happening in Seal Beach from 6PM to 9PM at Eisenhower Park on Ocean Avenue at Main Street. The Seal Beach Police Department and other public safety responders will be out at Eisenhower Park for three hours to participate in a community meet and greet. They'll be free food, games, prizes and fun for the family. If you have any questions please call Steve Bowles at: (562) 799-4100 Extension 1160.

Thank you very much for reading this Newsletter.