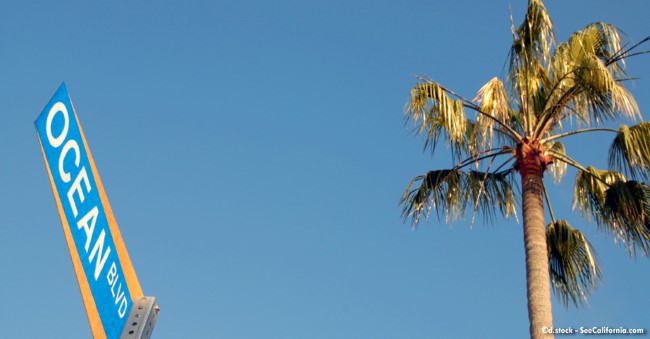 Are you looking for "Ocean" in California? Most locals will think you are probably referring to the big, blue Pacific. But since you're behind the wheel of a car and stopped at a light, you are looking for the Ocean that's a street. If you think that Ocean is just around the bend, in most cities along the California coast you'll be spot on, as the Brits would say.

Ocean is not necessarily one road that spans the length of the California coast, but in most beach cities, there is a road of some sort that has ocean in its name. The variations on the Ocean theme come in Ocean Boulevard, Ocean Avenue and Ocean Drive, to name a few.

Here are some cities with the name Ocean: