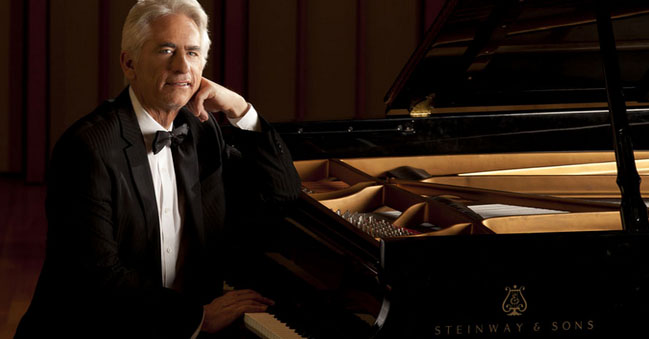 About Benoit: David Benoit is an accomplished pianist, composer and conductor who, for the past twenty years, has created, recorded and performed a variety of projects related to his reverence for the music of the original Peanuts composer Vince Guaraldi. Benoit's Christmas Tribute to Charlie Brown concert of the cherished songs will feature a special appearance by a local youth choir. Since launching his recording career in 1977, David Benoit's expansive career as a contemporary jazz pianist and composer has included over 25 solo recordings. His '80s releases 'This Side Up', 'Freedom at Midnight' and the GRAMMY-nominated 'Every Step of the Way' are considered influential genre classics. Among his other GRAMMY nominations are those for Best Instrumental Composition (for 'Dad's Room,' from 1999's Professional Dreamer) and Best Large Jazz Ensemble Performance  for the GRP All-Star Big Band. Benoit has also released the Billboard Contemporary Jazz charting albums Fuzzy Logic, Right Here, Right Now, Full Circle and Heroes, which paid homage to the pianist's top jazz and pop influences.