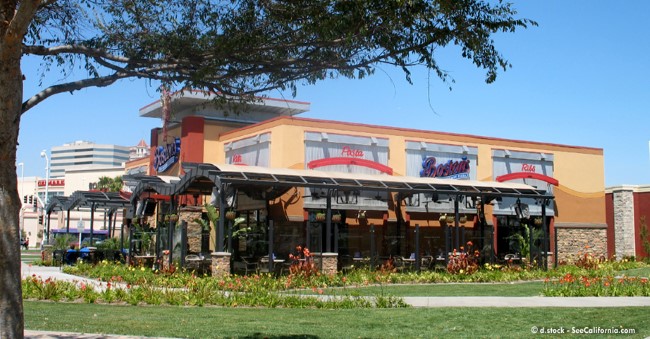 Long Beach, Calif.--18 gourmet pizzas, 11 gourmet pastas, late hours, sports on TV monitors, and a casual atmosphere are starters in making this chain restaurant a success story. Located in approx. 20 states in the U.S., the Canadian based company began as a single restaurant in Edmonton, Alberta, Canada in 1964 and eventually grew and was acquired by current owners Jim Treliving and George Melville.

Before buying the chain, Trevling, a Royal Canadian Mounted Police officer, purchased his own franchise (1968) and grew his holdings to 16 units with the help of George Melville, an accountant. In 1983, Treliving and Melville purchased Boston Pizza chain from then owner Ron Coyle.

Boston's set up a U.S.-based headquarters in Dallas, Texas in 1998 for its U.S. franchising and changed the American name to Boston's The Gourmet Pizza. Boston's had 54 restaurants in the US in 2010 (3 in California,) and 2 in Mexico. The start-up money for a new Boston's franchise requires at least $1.5 million and nearly half a million of liquid assets in our last check. The restaurant offers a large menu and fairly affordable prices. For franchise info, go to bostons.com.