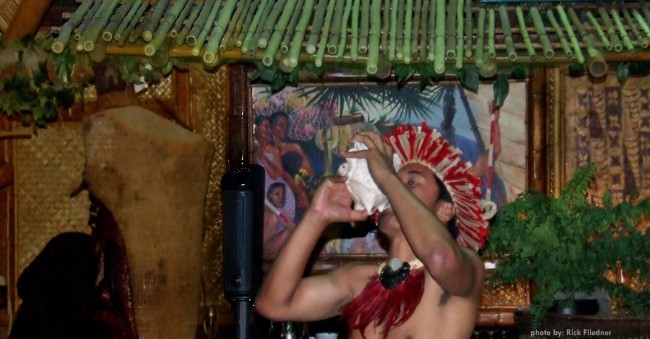 NOTE: THIS RESTAURANT IS CLOSED!

Huntington Beach-The little grass skirts on the Southern California based groups who dance at Don the Beachcomber restaurant in Huntington Beach celebrate America's love of colorful shows, tropical songs, and a fabulously-mixed cocktails made with rum. According to on travel writer, Colleen Fliedner, the authentic Hawaiian experience is likely unmatched anywhere this side of Waikiki Beach.

Don the Beachcomber lived during the prohibition and was known for his cocktails and drinks served during a time when liquor was against the law. Popular with the celebrity crowd who clandestinely sought the private establishment where his bootleg liquor was served, Don Beach would smile if alive today.

When a new Don the Beachcomber Polynesian-style restaurant opened its doors in Huntington Beach in 2008, the location was near the shores where rum-runners used to sneak their barrels of liquor onto the beach some 80 years past.

The colorful character who created his first restaurant in Southern California, serving up Cantonese food and some awesome mixed drinks was known for the aloha ambience he created to please Southern Californians and tourists seeking a looser atmosphere in a time when the laws weren't so giving.