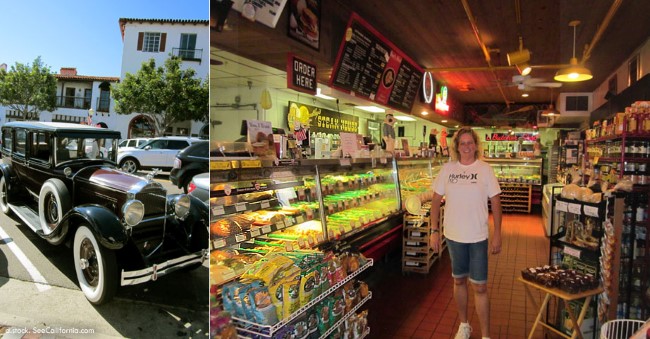 How would you like to shop at a place where everybody knows your name--and usually what you want to eat, as well. Billy's Meat Seafood Deli in San Clemente knows the locals and if it weren't for the quality sandwiches, meat, fresh seafood, salads, entrees and pastries, they'd come anyway for the friendly atmosphere.

Opened in downtown San Clemente in 1990, the shop was the realization of a dream that owner Bill Bradley shared with his wife, Barb, and daughter, Kelly (in photo). He worked as a butcher at Alpha Beta for 20 years before launching the business that has served thousands of residents and tourists in the quintessential beach town in South Orange County. Selected as the top Deli in Southern California by KTLA Viewers, the family was featured on a news segment, which brought cheers from their long-time customers and fans. The next time you're passing through San Clemente between San Diego and Los Angeles, exit the 5 Freeway to pick up some incredible and affordable temptations. San Clemente is a charming city with dozens of stores and shops that are owned and operated by moms, pops and their children. Location: 11 Ave. Del Mar, San Clemente, CA 92672. Call: (949) 498-5924.