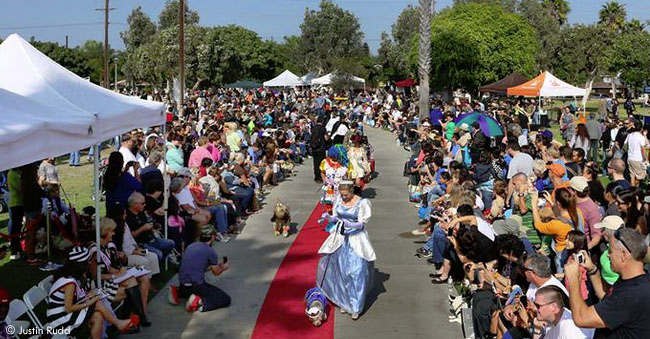 Haute Dog Howl'OWeen Parade is one of the most popular pet events in Southern California and its organizers claim it is the World's largest Halloween pet event!