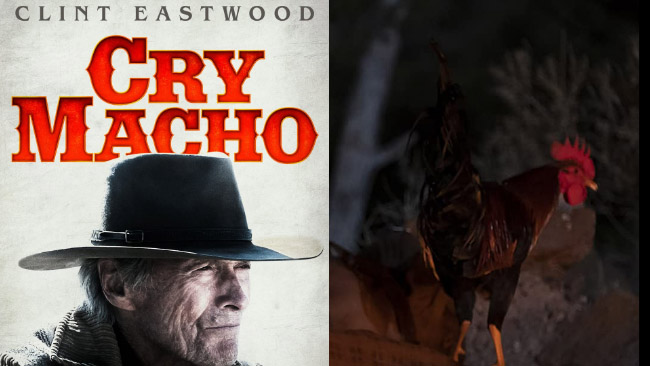 You should definitely see it. You'll be glad you did, if you like Eastwood movies; if you like simple, stylish films; if you like good acting; if you like beautiful scenery & if you like realistic stories that take their time to develop and bring you right along for the ride.

The 91-year-old, amazing icon does a nice job in one of his best, most thoughtful, sweet & meaningful movies. Everyone involved in this production is to be commended for the film that has Texas & Mexico settings, which were actually shot in New Mexico.

Clint's acting is spot on; his look, his dialogue, his delivery, his demeanor, his glare, his mannerisms & his walking are that of the older rodeo star he plays. His romance with Marta (Natalia Traver) develops realistically as does his relationship with Rafa (Eduardo Minett), a teenager he's asked to bring back from Mexico to a Texas rancher father.

Another superb actor is Macho the rooster (there were actually several stand-ins) who helps save the day on more than one occasion. Plaudits to Jesus Aguilar for helping develop
Macho into a star.

Helping compliment the movie is the wonderful English & Spanish music that Mark Mancina was in charge of and ably sprinkled in the appropriate spots. The Grammy Award-winning Songwriter penned some of the film's songs, including "Find a new Home," which was wonderfully sung by deep-voiced, rising young country star, Will Banister of New Mexico.

The casting, put together by Geoffrey Miclat, is well-chosen. The photography by cinematographer Ben Davis is outstanding. There are aerial shots and spectacular footage of wild horses galloping, silhouettes of Clint at sunset and cool shots with fine lighting & atmospheric shadows. Even the outfits & sets were near perfect.

Nick Schenk & N. Richard Nash are credited for the excellent screenplay. The movie is based in part on the late Nash's "Macho" book. Nash is known for his award-winning Broadway shows, including "The Rainmaker."

After all these years of acting & directing, Clint's still got it. He's a natural, who doesn't overplay his roles with his acting, his delivery & his directing. He & others involved should receive Award Nominations for their roles in this well-edited, 1 hour 43-minute fantastic flick, full of suspense & surprise. If you don't see it, you won't know what you're missing. This movie may be the best film of the year!