Legendary Krazy Kirk and the Hillbillies Wow the Crowd 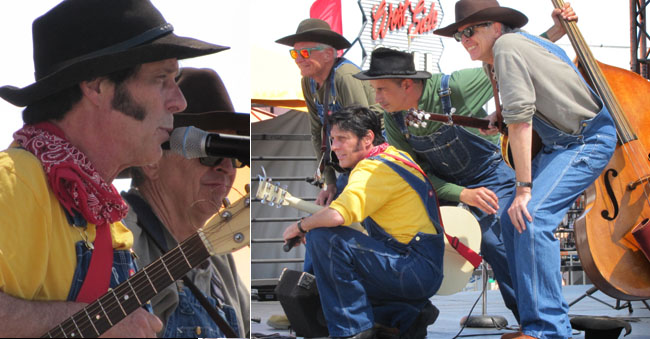 Krazy Kirk and the Hillbillies

Jill Ann Lloyd, the PR genius at OC Marketplace, told me a month ago that I had to see "Krazy Kirk and the Hillbillies" perform: "They put on one of the best concerts you'll ever see." Yesterday proved Jill right. In front of a packed house in Costa Mesa they mesmerized an ecstatic crowd with their showmanship, instrumental command and voice range. 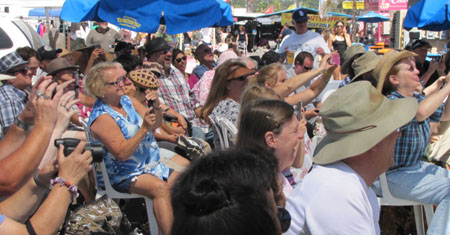 It's hard to determine what you like best about the group--their energetic sense of humor, amazing vocal abilities, instrument playing skills, dancing talent or the fun outfits they wear. Debbie Brewer of Redondo Beach knows what I'm talking about. She, and hundreds of other fans, came to the OC Marketplace (at the OC Fair and Events Center) to see them perform. Yesterday, Debbie and others not only saw Krazy Kirk and his pals' two concerts there but they went to Knott's Berry Farm to see the band's three evening shows.

"I first saw them in the 1990s at Disneyland," said the woman who works at UCLA. "Kirk is just the most well-rounded performer. He can sing, act, play guitar and fiddle as well as dance. He and his incredible band are just so much fun to watch. He's like family to me." Brewer's late father used to even be part of the act. Kirk would take out his false teeth and ask her dad if he wanted them back!

The parents of Kirk Wall, a Lubbock, Texas boy, who grew up in Albuquerque, New Mexico, wanted him to be an orchestra or opera singer. "They both were music teachers and I wanted to play music, especially bluegrass," said the Anaheim resident. "They're now glad I'm doing what I love." 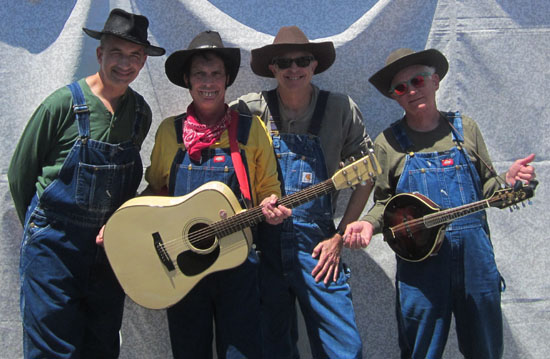 "We can take any song and play it bluegrass-style," he said before going out on stage and turning "The Mary Tyler Moore" TV Show theme into a bluegrass rendition. They can even take a Broadway song or Robert Palmer's "Addicted to Love" and turn it bluegrass.

There's no way you can listen to them without stomping your feet or tapping your fingers. Audiences are amazed by their harmonies, the incredible fiddling and mandolin-playing of Dennis Fetchet, the string bass wizardry of Anders Swanson and the banjo and whistling skills of Rick Storey.

Kirk and his crews were hits for 20 years at Disneyland and now their artistry is being showcased at Knott's Berry Farm. (To find out their schedule at Knott's and elsewhere, visit thebillys.net. They'll be making a return engagement at OC Marketplace, Sunday August 24th at the famous Elvis Festival. This will be the 15th year that Kirk has made memories at the event. For further information on OC Marketplace, 88 Fair Drive, Costa Mesa, go to www.ocmarketplace.com; 949-723-6616.)