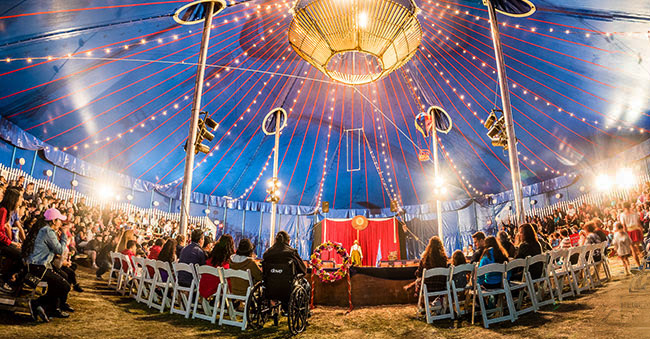 The theme this year for the circus is La Vita Nuova, The New Life, featuring matinee and evening showtimes

The Zoppé Circus evokes something from a picture book: the clown, the trapeze, the dancing dogs, the ring and the tent, created to be reminiscent of the one-ring European family circuses of the last century and will thrill and amaze children and adults alike with its breathtaking stunts and astonishing acrobatics.

In 2021 as we try to come out of the fog and into the new life ahead of us, we are reminded to take things lightly, and to enjoy what we can. This year's show includes::

The Zoppč Family Circus emerged 179 years ago to become one of the legendary circuses in all of Europe. And like many good legends, it begins with a boy and a girl falling in love. Napoleone Zoppé began his career in Budapest, Hungary where he met a ballerina named Ermenglida and founded a circus in Venice, Italy which still bears their name today.

Alberto Zoppé, Napoleone's great-grandson, inherited the circus, a grand equestrian in his own right. Alberto toured Europe with the circus since his youth and forged a friendship with famed actor/director Orson Welles. Alberto was then offered a job by John Ringling North of Ringling Brothers fame, who was putting together the circus acts for Cecil B. Demille's Oscar-winning film, The Greatest Show on Earth.

Alberto would remain in America, and together with his wife Sandra, ushered in a new generation that continues the family tradition. His son, Giovanni, revived the Zoppé Family Circus fourteen years ago, and has since been building its reputation with audiences and critics as an enchanting example of a traditional European circus.