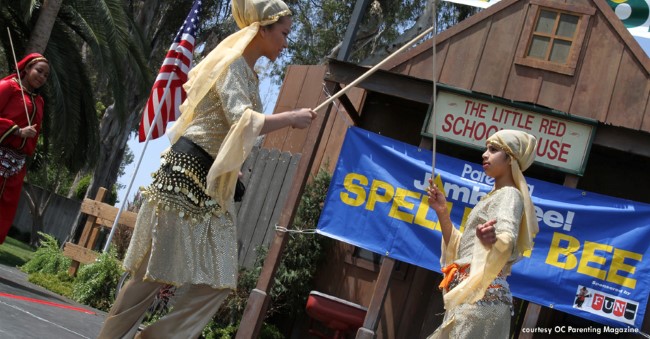 ORANGE, CA--Is your kid the cutest baby in Orange County? Parenting OC Magazine is now accepting entry forms for the Cutest Kid Cover Contest at the fifth annual Jamboree in which children will have a chance to be Parenting OC's next cover model.

All kids who are entered in the contest will have a chance to be featured on an upcoming cover of Parenting OC, reaching more than 270,000 OC parents. Just for entering, parents will also receive a free keepsake cover with their kid's photo on a mock cover of Parenting OC Magazine.

All entrants for the Cutest Kid contest will have a professional mini photo shoot at the fifth annual Jamboree on March 19, which will be held at Camp James in Irvine. The Jamboree will be from 10 a.m. to 4 p.m. and will showcase approximately 100 exhibitors displaying products and services for family summer travel, activities, learning, camps, sports and the arts.

Jamboree is a family oriented event with exhibitors, food and entertainment. Providing the dining options are 13 gourmet food trucks whose cuisines range from Asian-influenced to American such as Chomp Chomp Nation, Komodo, Shortstop BBQ and Tornado Potato will be featured.

As part of the full day entertainment line up, the urban pop group Skyline, a former Disney headliner, will be on stage to guarantee family fun along with returning favorites from the 2010 Jamboree like Twinkle Time and CSS United. In addition to Skyline, other on-stage performances will feature dance, song, rock ‘n' roll and a kids' summer fashion show.

Aside from the Cute Kid Contest, the children of Orange County will demonstrate their strengths through on stage performances, the summer fashion show and the 5th Grade Spelling Bee.