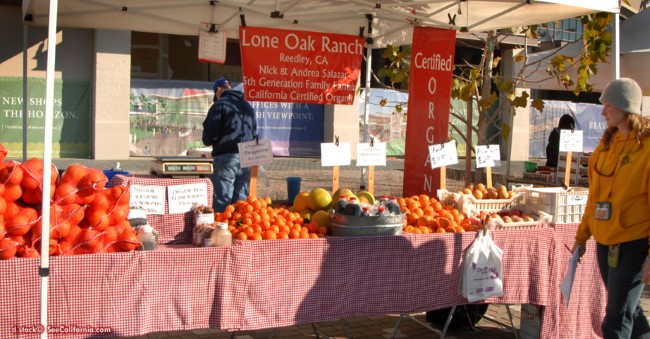 California is the nation's top produce of garlic, The California Garlic and Onion Research Committee was established January 1, 2005 as a state marketing order under the supervision of the California Department of Food and Agriculture to help growers cope with issues such as pests jeopardizing the California crops. cagarlicandonion.com

As the largest producing state in the U.S. of garlic and onions, producing over 90% of commercial garlic, its importance to our nation as a food source is critical when considering the competitive practices used by other countries such as "dumping" and "flooding" the market with cheaper garlic, or alternately inflating prices.

There are as many as 600 varieties of garlic in use around the world. But because garlic has been heavily traded between various countries, and there is no official registry, and since viruses may make the same garlic species appear in different forms, many of the 600 varieties are undoubtedly duplicates with different names.

There are two main types of garlic: hardneck (Allium sativum ophioscorodon) and softneck (Allium sativum sativum). The hardneck types, also called topset garlic, produce fewer, but larger cloves, while the softneck types produce smaller, but more numerous cloves. Most of the commercial garlic available in the supermarkets is of the softneck type. Of the predominantly softneck commercial crop, 25% goes to the supermarkets and 75% goes to the dehydrating market.

One of the favorites among the California grown garlic is Monviso, the Italian heirloom garlic at the foundation of the company's premium garlic tradition. Christopher Ranch's organic garlic is 100% natural and contains more vitamins, minerals, proteins, amino acids than imported varieties according to the National Food Laboratory, verifying that Christopher Ranch grows more nutritious garlic.

Gilroy, California is known as the garlic capital of the United
States, largely because that is where a large portion of U.S. garlic is grown, processed, and shipped. The city also promotes itself as the home to the annual garlic festival each summer.

Globally, China is by far the largest producer of garlic, producing over 75 percent of world tonnage (Food and Agricultural Organization of the United Nations (FAO)). The United States ranks fourth behind India and the Republic of Korea.

Garlic was introduced into the United States in the 1700s. Garlic is thought to have originated in the regions of central Asia and historically was used for medicinal purposes. Today, garlic is valued more for its flavoring and used in a wide variety of foods, although it is often still thought to possess medicinal qualities.

In the United States, California is the major garlic producing state followed by Oregon and Nevada.

The two most prevalent varieties grown commercially are California Early and California Late.
Dehydrated garlic accounts for roughly 75% of U.S. garlic consumption.
Per capita consumption in 2010 estimates at 2.3 pounds per capita
The leading importers of garlic into the United States are China, Mexico, and Argentina.
Chinese ships 75% of total U.S. garlic imports

Garlic as a Pesticide:

Garlic is an insecticide. Conventional agribusiness farmers are starting to use garlic as a pesticide.
Garlic treatments are sometimes efficient preventatives against aphids, thrips and even difficult pests such as bollworms and certain nematodes.
Garlic sprays are usually combined with an oil to make them stick better to leaves.
Garlic sprays and drenches are environmentally friendly.

Eating a small amount of garlic daily is often recommended as a preventive action against cardiovascular problems.
Regular garlic consumption is claimed to reduce cholesterol and reduce blood pressure.
Garlic has been attributed to assisting in fighting asthma, atherosclerosis, diabetes, hypertension, and hypoglycemia.
Garlic is known to be antibacterial and antifungal.
Some doctors insist the consumption of garlic lowers bad cholesterol and breaks down blood clots.
Before vaccines were developed against polio, garlic was used to prevent the disease.
Freshly cut cloves of garlic or garlic powder may be beneficial as a topical antibiotic.
Allicin, the active ingredient in garlic, has an effect similar to penicillin.

In the United States, the majority of fresh and processing garlic production and acreage is concentrated in California.

The bulk of the world's garlic is produced in China where the cost of labor significantly reduces the cost of manual processing that garlic requires. For this reason, in those countries that accept imported garlic (including USA, Australia but not Europe), buying imported garlic is cheaper.

Despite this, Chinese garlic does not meet with food safety protocols (at least those in Australia). According to the Australian Garlic Industry Association, garlic from China is doused in chemicals to stop sprouting, to whiten garlic, and to kill insects and plant matter.

Garlic can be whitened by using chlorine or with a mixture of sulphur and wood ash. Whitening garlic helps to make it look healthier and more attractive to consumers. In fact this obsession with white foods has lead to the bleaching of many food products (flour, salt, sugar) using chlorine dioxide or benzoyl peroxide.

Growth inhibitors are used to stop garlic from sprouting and can be made from hormones or chemicals. When garlic begins to sprout, the garlic clove loses much of its potency. Growth inhibitors together with gamma irradiation extend the shelf life of garlic.

Gamma radiation is also used to sterilize many products, and in Australia, this treatment is not accepted for foodstuffs. This does not prevent food treated by gamma radiation to enter the country.

Australia also requires that all garlic regardless of origin is fumigated with methyl bromide at entry to Australia. Methyl bromide is a colorless gas and a potent chemical used as an insecticide, fungicide and herbicide.

It has a variety of uses: in controlling pests, weeds and soil-borne diseases associated with crops and timber products; in protecting stored grains and dried fruit; in industrial feedstock; in refrigerant; as a fire extinguishing agent; for degreasing wool; and for extracting oils from nuts, seeds and flowers.

Methyl bromide is listed as an ozone depleting substance and, under the Montreal Protocol on Substances that Deplete the Ozone Layer, its use is prohibited. According to the UN it is 60 times more damaging than chlorine and is the base of CFCs (Chlorofluorocarbons). However exemptions have been allowed and that includes the use of methyl bromide for quarantine purposes and feedstock applications.

If inhaled or absorbed through the skin, methyl bromide is toxic to both humans and animals causing chemical burns, kidney damage and damage to the central nervous system.