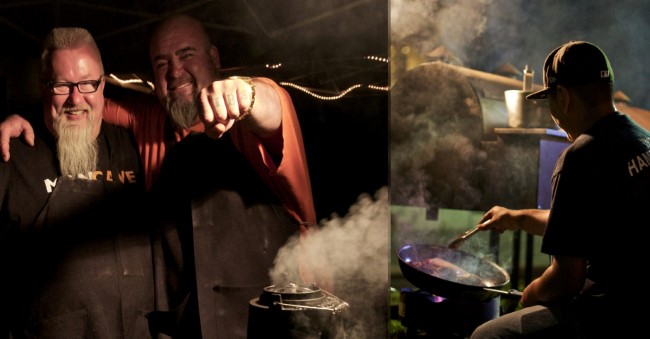 Some events are sanction with several organizations and some are not. Kansas City Barbeque Society (KCBS.us) is the largest and most important barbecue society in the world, sanctioning several hundred events per year.

PATTERSON: Backyard on the Lake
Cook any of the standard competition meats - chicken, pork ribs, pork shoulder or butt (for pulled pork) and brisket. If you really want to cook 1 or 4 meats, well that's ok! All cooking MUST be done on site! Members only event. contact dave@ bartsblazinq.com

NEWPORT BEACH: Newport Beach Barbecue Competition June 25, 2016
Marketed as Newport Beach Party June 25 -26, 2016 | newportbeachparty.com
Newport Dunes
Newport, CA
Saturday, June 25, 2016, 12-9 p.m. | Competition and Tasting Noon - 5 p.m.
This Kansas City Barbeque Society sanctioned contest will bring in 40+ professional BBQ teams from across the region to compete for $7,500 in cash prizes! Event participants will have an opportunity to taste some of the best BBQ in the nation and to get up close and personal with the pit masters and their smokers. Tastings available until the competitors food runs out.
Contact: Steve Bender Phone: 949-300-5103. newportbeachbbqcompetition.com