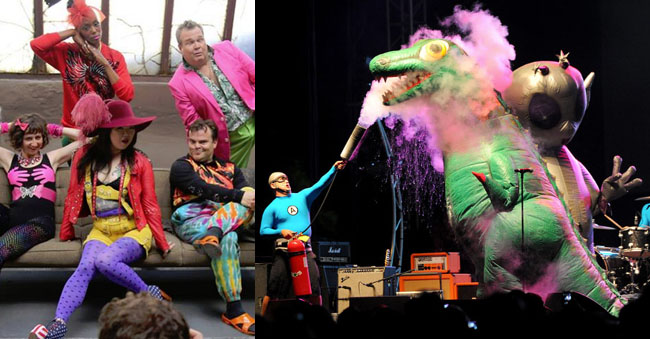 Free on several shows, most are $10-25, slocomedyfestival.com
Venues throughout the city

LOS ANGELES: LA Comedy Fest May 3-13, 2018
The Festival is a biannual event running in May and November. This upcoming festival is the 23rd LA Comedy Festival.
LAComedyFest.com

ROCKLIN: Comedy Under the Stars
Location: Quarry Park 4000 Rocklin Rd. Rocklin, CA 95677 Tickets RocklinComedy.Eventbrite.com. Make it a night of family-friendly comedy. The Platinum Living Amphitheater at Quarry Park will captivate you with “Comedy Under the Stars”. Stephen B., Carlos Rodriguez, and D Tyler, the region's funniest local comedians, offer their best outdoor performances! Bring your friends and family, a blanket, sense of humor for a great night of entertainment.

EUREKA: The Savage Henry Magazine Comedy Festival
More than 100 comedians penetrate the Redwood Curtain to do jokes for 3 days at around 20 shows in about a dozen venues!Also brought to you by the Heart of Humboldt in Arcata! Comedians from SF, LA, Oregon, Oakland, Denver, Humboldt, Chico, Tahoe, New Orleans and beyond!