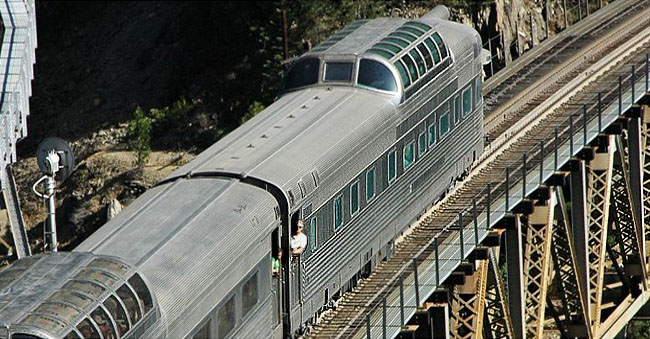 Portola's railroad heritage and railroad town image were born out of California's lumber and mining camps. Sierra Valleys Railroad launched the train era in 1885 running goods to and from Reno. Portola and Sierra Valley were linked in 1903 to NC&O and the Boca and Loyalton railroads providing transportation between Hallelujah Junction and Clio. By 1911 Western Pacific on the south side of the Feather River became the main railway through the region.

In 1910, Portola was served by three railroads: the Boca and Loyalton (B&L), the Nevada, California, and Oregon (NC&O), and the Western Pacific. The Western Pacific Railroad Museum in the Sierra Nevada Mountains at the headwaters of the Feather River is a living museum comprised of 37 acres, including a 16,000 square foot shop building and two and one half miles of trackage. The museum is along side the busy Union Pacific Railroad mainline through the Feather River Canyon. The Feather River Rail Society at Portola, has one of the largest and most historic collections of diesel locomotives in the United States. The total number of locomotives is 40 and the number of passenger, caboose, and freight cars is 85.