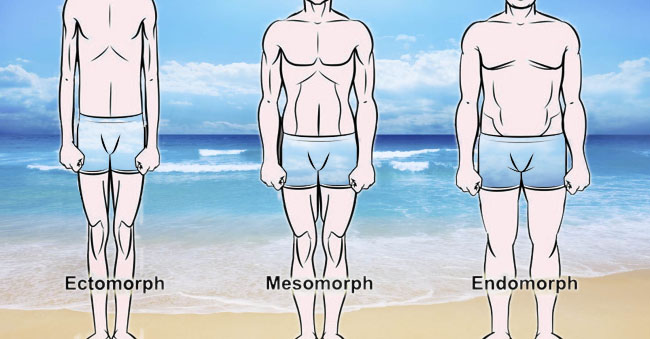 When I was a kid, there was no Internet. You would either ask your parents, look info up in World Book Encyclopedias or at the library. I found the Reference Librarians to be the most knowledgeable people around. They knew how to find the answer to everything--even strange terms.

Terminology was especially confusing as a youngster. You'd hear big words, which adults threw around with little fear that they would be intercepted by a child. Every now and then, I could figure out a word or two, tossed around by adults, and not meant for me to understand. But when it came to a visit to the doctor's office, forget it.

Those doctors are in a league of their own (so are pharmacists), when it came to terminology. I usually couldn't find out how to spell the words, let alone determine their meaning.

One word of particular interest to me was "ectomorph." For some reason, every time I went in for a physical as a kid, the doctor would say to his nurse, "He's an ectomorph." (Sounded like a dinosaur to me.)

If that was not bad enough, I started seeing this term on my physical reports, which I took a peek at while the doctor was out conferring in the hall.

Ectomorph, is that good or bad? I did not know but I noticed on the forms that it was alongside mesomorph and endomorph. I don't know why but I always wished the good doctor would place me in one of the other categories.

It took years to get out of the rut and advance to the next level. I eventually found out from a librarian, that ectomorph meant "skinny," so I was delighted to be finally accepted in the mesomorph category in my teens. This is reserved for people with an athletic build.

Years later, I was in danger of leaving the mesomorph classification for the other level, endomorph--the plumper person. In fact, to this day, I wish I could go back to those early years and still be considered an ectomorph, even if I wondered what it meant.