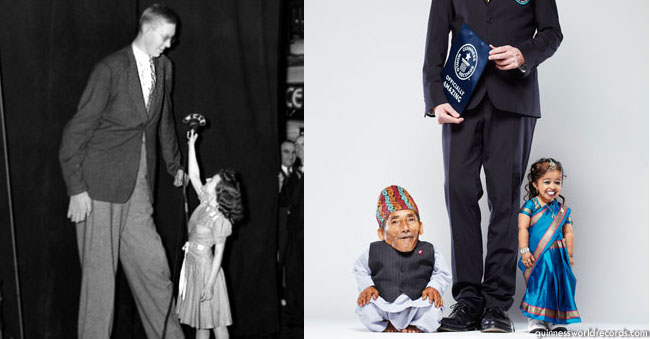 Being Tall in California

"What do you want to be when you grow up?" people always asked me when I was little. I'd answer, "If I could grow tall enough, I'd like to be a San Francisco Warrior basketball player."

Although I never played for the Warriors, I did manage to play college basketball with a  6-foot-10 guy who became the NBA's first slam dunk champion, and who later started for the San Antonio Spurs.

Being tall is not all its cut out to be. There's the awkward process of getting there. An old joke about someone who is so uncoordinated he can't walk and chew gum at the same time, fit me like a "T" in high school when I shot up from 5-foot-6 to 6-foot-2 in a little more than a year. (I ended up growing a few more inches after that.) My dad thought I might remain 5-foot-6 forever and once asked his doctor  if I would grow taller. The doc looked at my feet and said, "Yes."

It's hard when you're tall to blend in with your peers. You stick out like a sore thumb, especially standing in lines. If you find yourself in Basic Training in the Army, you're constantly "volunteered" for extra duty, simply because you're the first one the drill sergeant spots. You also get called on in class a lot because you stand out.

Tall men and women have to watch out to not constantly bump their heads inside buildings, while walking through doorways and entering airplanes. I feel for tall people trying to navigate themselves through Navy ships, whose small, steel doorways make it a real challenge. Pushing elevator buttons can be difficult, since they're usually set down low and out-of-sight.

Tall people often have long legs, which become cramped when sitting in theaters, on planes and buses, riding in cars or trying to take a counter seat in restaurants.

Beds pose another challenge. Those of us in the Brotherhood of Height find out fast that most mattresses leave part of our legs and feet dangling uncomfortably in mid-air, not to mention those wooden posts at the end of some beds that make it impossible to sleep.

Yet, height does indeed have its advantages. You can always see what's going on. You can easily brush cobwebs from a ceiling and scan books and cereal boxes on top shelves. You can stand in the deep end of some swimming pools. You're always the first to know when it starts raining. If you're athletically-inclined, you also may end up with a college scholarship.

And, regardless of what anyone might say about being tall, if you're lucky enough to be a member of the Brotherhood (or Sisterhood) of Height, you are always looked up to!