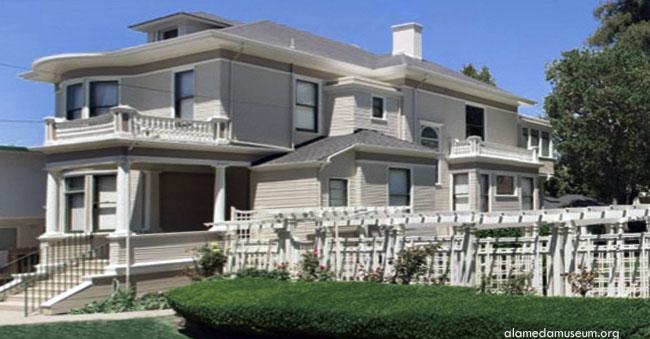 The Alameda Museum is one of several museums in Alameda. It is comprised of the Meyers House and other Alameda historical assets.

Permanent displays of Alameda history, the only rotating gallery showcasing local Alameda artists and student artwork, as well as souvenirs, books and videos about the rich history of the Island City. The Alameda Historical Society was founded in 1948, and the Museum was established in 1951. In 1983 the Alameda Museum was designated as the official repository of historical documents and artifacts for the City of Alameda.

Meyers House Museum was erected in 1897. It is an example of Colonial Revival, an architectural style popular around the turn of the century. Designed by Henry H. Meyers, the house was built by his father, Jacob Meyers, at a cost of $4000.00. Mr. Meyers was a prominent East Bay architect who received many Alameda County commissions. His work includes the portal entrance of the Posey Tube in Alameda, ten veterans buildings throughout Alameda County, plus numerous public buildings and churches. 2021 Alameda Avenue, Alameda, California.

The home is situated on a three-parcel lot, that includes the original fencing and pergola, three-car garage, carriage house, green house, and an architectural studio built in 1935. The Meyers House has received numerous additions, designed by Mildred Meyers, a practicing architect.

The three Meyers sisters bequeathed the house and grounds to the City of Alameda for use as a house museum and a passive park. www.alamedamuseum.org