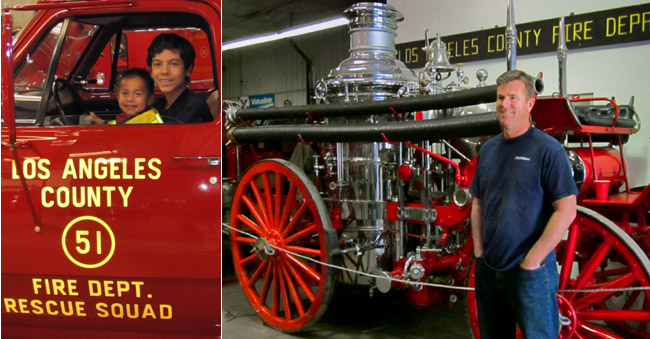 Bellflower, CA-Many lives have undoubtedly been saved because of the 1970s hit NBC TV series, "Emergency," which helped pioneer the concept of paramedics. For 7 seasons, the show was based on the exploits of two fictitious Los Angeles County Fire Department paramedics.

"It was a docudrama, instrumental in making the term 'paramedic' a household word and concept around the world," said Paul Schneider, President of the County of Los Angeles Fire Museum in Bellflower. "Our department's early paramedics and other members served as technical advisers for the popular show and their actual experiences dealing with emergencies were the inspiration for many of the scenes shot on film."

Schneider, a Fire Captain and one of 11 firefighters in his family (including his father and grandfather), said Battalion Chief James O. Page often staged realistic, multi-company drills, which were captured on film for the series.

"More than 30 million viewers watched the show each week and other areas of the country and world became interested in the life-saving value of fire department paramedics," he said. "Paramedic programs sprang up across the country." 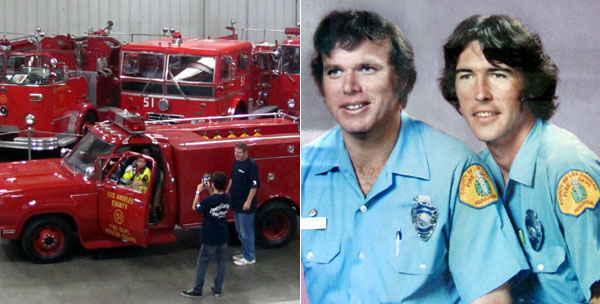 From 1972-79, the show featured actors Randy Mantooth (Johnny Gage) and Kevin Tighe (Roy DeSoto) as LA County firefighter/paramedics who responded to 3-4 emergencies each episode. They became famous as did Squad 51, their 1972 Dodge D300 and Engine 51, a 1965 Crown, both of which are on display at the Fire Museum.

There's another fire engine from the series, autographed star photos and actual furniture and walls used in the series. Some of the series stars, especially Randy Mantooth, have been very active in helping the museum in numerous ways, even hosting a young man in a Make-A-Wish Foundation day, which featured rides in "Emergency" vehicles.

A wall map, used in the show, illustrates how County of LA Fire covers areas from Kern County in the north, to Catalina Island in the South, to Malibu in the West and Pomona to the East. It also has two stations in La Habra (Orange County).

The museum, which has a special Open House and Swap Meet from 8-2, May 3, also offers so much more, thanks to the efforts of volunteers who restore equipment and give tours, volunteers like Pete Martinez, an actual paramedic in Signal Hill, longtime helper Mike Holliday and 13-year-old Asher Luna, who seriously wants to become a firefighter.

Next year, the museum hopes to break ground on a new facility, which will include an Events Center, in Bellflower, a city served by County of LA Fire. The museum is largely funded by donations from firefighters, companies like Valvoline, Bridgestone Tires, Coca Cola and others as well as the public. We highly recommend a visit to their current building to talk with the knowledgeable volunteers and see an extraordinary exhibit of colorful engines of all shapes and sizes, that have been saving property and lives for many years.