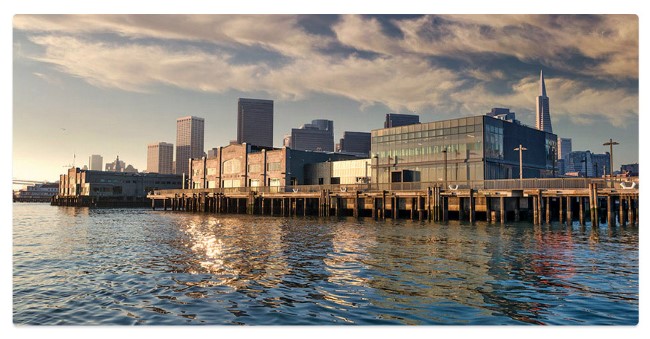 Have you been to Exploratorium? Recently departing its old home near the Palace of Fine Arts and heading for Pier 15, ticket sales began April 1, 2013. WOW!

Seeing & Listening - Bechtel Central Gallery: A lab for investigation into physics and human perception of light and sound.

Observing the Landscape - Fisher Bay Observatory Gallery: All-glass gallery becomes a transparent lens to both the waterfront and the cityscape with a 360-degree view of the natural and constructed worlds.

The Exploratorium is the global leader in informal learning, igniting curiosity and inspiring creativity in people of all ages. The world-renowned science museum creates original, interactive exhibits, on display at more than 1,000 science centers, museums and public spaces around the world.

Dedicated to education reform in and out of the classroom, the Exploratorium is a premier professional development center for educators and a creator of award-winning educational resources. Since 1969, the Exploratorium has influenced generations of entrepreneurs, artists, scientists, teachers, students, children, museum professionals and everyday doers, reaching nearly 180 million people annually from around the globe.

On April 17, 2013, the Exploratorium opened at Pier 15 in the heart of San Francisco's Embarcadero, where it now celebrates a new era of experiences that encourage critical thinking and awaken wonder for generations to come. For more information, visit exploratorium.edu