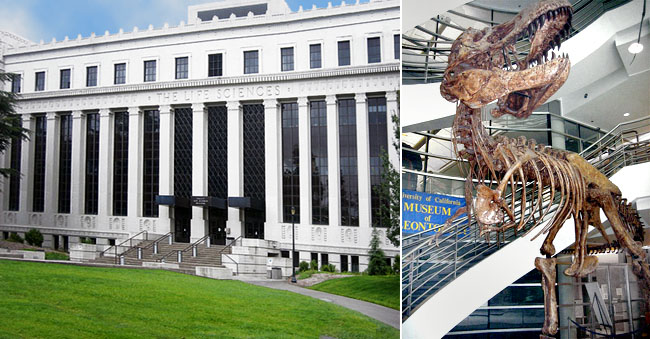 With the largest collection of paleontological artifacts of any university museum worldwide, it's no wonder the university's paleontology program is highly-sought after for researchers and students pursuing interests in this field. However, as a visitor there is really only one day per year you get to explore the inner workings of the facilities and programs. Cal Day is set aside on a Saturday in April, usually.

That is not to say you won't be able to visit and view on your own cases and displays in the building halls containing rare specimens. Primarily a research museum it is still worth seeing the limited number of fossil exhibits on display outside of the collection, including a magnificent Tyrannosaurus rex mount and some other dinosaur fossils -- if you happen to be in the area.