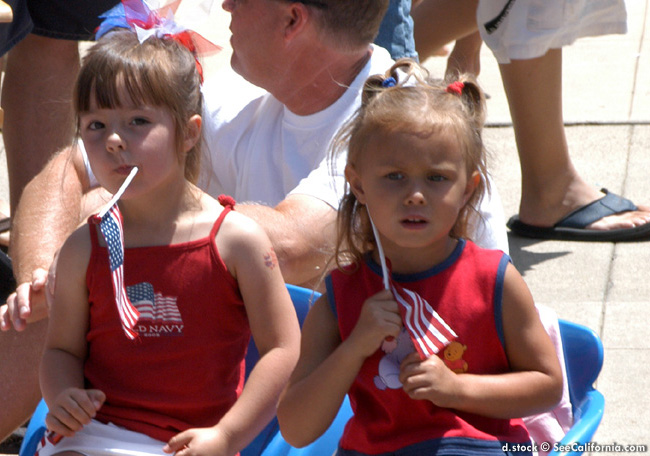 Photo: Adorable children play with their little American flags on the 4th of July

Two young girls sit in their blue plastic chars waiting for the 4th of July Parade to pass by. They wear their sleeveless red tank tops (one says Old Navy-- the other has Winnie the Pooh) and they look so cute! One girl has the flag stick in her mouth, with an independent look, and the other girl has the flag stick held on her neck, as if she's holding onto it while pondering some deep thought.

Independence Day is a fantastic celebration but children especially love a parade. Hopefully it's a memorable day filled with pleasure they won't forget as these girls grow up.