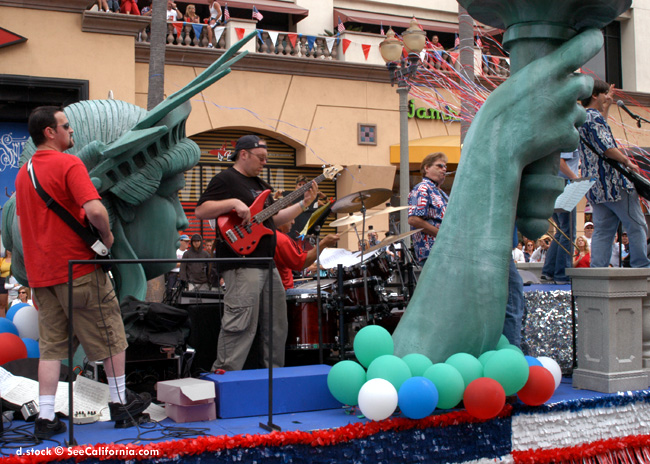 4th of July parades in California have that Western look & feel, celebration good vibrations of the coast. Even the stature of Liberty gets a remake as the statue shows only the head arm raised with the eternal flame. A band performs on the float for the crowds, providing some patriotic tunes, and a lot of rock. We've seen many traditional bands suited up and marching down the street, but when they ride a float, they're usually contemporary groups offering up more rock & roll.