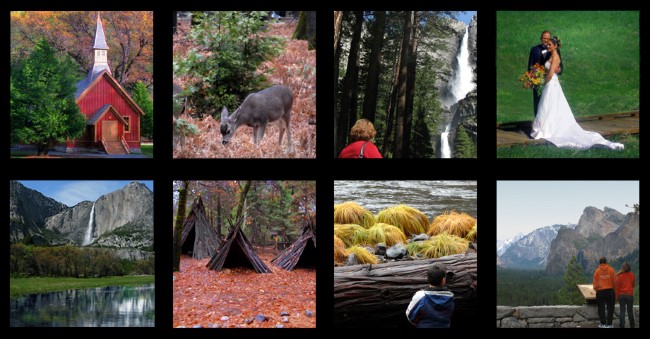 Black & white images showing tiny details that eye barely captures were burned onto film and then showcased on photographic paper. You can see many of the images at the Ansel Adams Gallery in Yosemite.