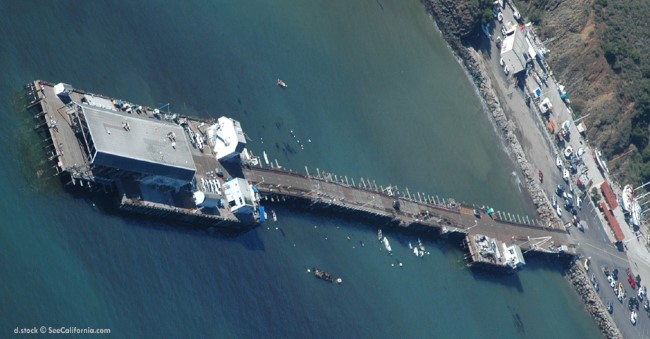 You can stroll on the old wooden wharf and watch sea lions bask in the sun and seagulls swoop for morsels of bait left by fishermen cleaning their catch. Old Porte Inn on Harfor Pier is a restaurant serving tasty hot meals, icy cocktails, an extensive wine selection and million dollar views of the bay. It's a setting you'll never forget, overlooking the Pacific Ocean and a small mountain that wraps around the bay, creating the protected cove where the pier sits. The scene is so serene you can image how life was almost 200 years ago.

Commerce and growth went hand in hand in places such as Port San Luis where a commercial wharf was built in 1873 by John Harford. He was considered an enterprising businessman. He needed docks to unload cargo and goods and with demand for such space high, he decided to build his own pier.

40 miles south in Casmalia was a similar, thriving trade and another set of wharfs. Harford sold products in San Luis Obispo County and in Santa Barbara County and shipped items elsewhere. Though the trade was lucrative, railroads cut into profits as rail lines were rapidly built. In San Luis Bay, Harford sold his assets to Charles Goodall for $30,000. Goodall received not only the wharf but all the land stretching from San Luis Creek to the port. Not so fortunate, the Casmalia wharf lost money and faded into decay.