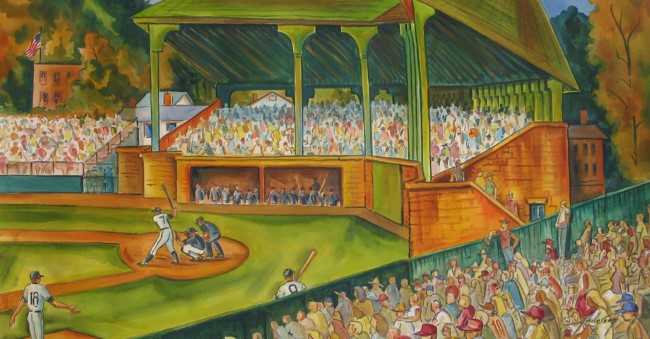 California Fun! Take me out to the ballgame...

Nothing says Spring like going to a Major League Ballgame, especially in California where exciting teams are in different parts of the state. Some friends of mine actually go to games in the Bay Area (San Francisco Giants and Oakland Athletics), LA/OC (Los Angeles Angels and Los Angeles Dodgers) and San Diego (Padres). There's no other state that has 5 Big League teams. How lucky are we? All our teams, except San Diego, have won World Series (and even the Padres have been to the final dance).

Sometimes it's tough rooting when our Golden State teams play one another, i.e., my favorite National League Team (SF Giants) played my favorite American League Team (Los Angeles Angels) in the 2002 World Series. But just being at the ballpark is a delight--not only a chance to forget life's challenges but to get swept away with the ballpark excitement, fans screaming, delicious hotdogs, thrilling action.

My friend Brandon loves everything there is about the Giants, even though he lives in OC and his friends are avid Dodger fans. "My grandpa used to take me to Giant games at Candlestick Park, when I visited him while growing up," he said. "It's something I'll always remember, especially when Spring fever rolls around." Another of my friends, Steve, who was a catcher at Arizona State when Reggie Jackson played there, is a longtime Major League Baseball Scout. He started finding talent for the San Diego Padres, then switched to the New York Mets and now is a star finder for the Atlanta Braves. Gee, some guys just can't keep a job. I like to rib him about my Giants. He's always driving off to watch baseball games, looking for tomorrow's stars. One time I had to run after him because he forgot his white cane. Just kidding. Hey, baseball brings out the imp in all of us.

Another friend, Bill Anderson, a former Mankato State (MN) pitching star, who played semi-pro baseball, uses his southpaw to paint world class watercolors--you can see them in museums and galleries around the globe. He has sensational baseball paintings and drawings in his own gallery, open Friday, Saturday and Sunday at 16812 Pacific Coast Highway, next to Captain Jacks Restaurant in Sunset Beach, CA. (Tell him Chris sent you. ) I recommend every reader go out to a ballpark, buy some peanuts and Cracker Jacks, soak up the sun, forget your worries and enjoy California Springtime. You'll be glad you did!