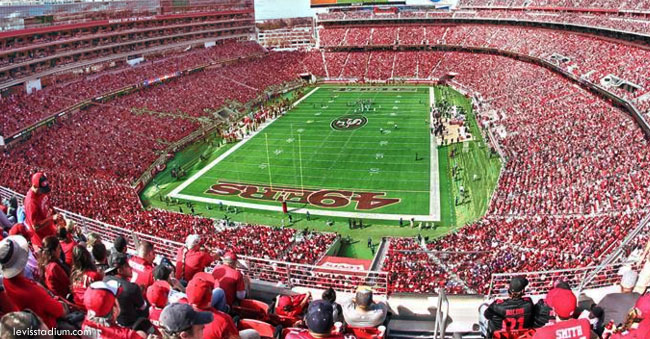 One of the most watched events in the world is Sunday's Super Bowl Game between the New England Patriots and Atlanta Falcons in Houston. San Diego has hosted three Super Bowls but nobody knows if there will be any more such spectacles there since the San Diego Chargers have left to become the Los Angeles Chargers.

All the media hoopla made me recall attending a Charger contest at old San Diego Stadium, where I happened to sit next to a woman from Iceland, who was attending her very first game.

Olga had no knowledge of the sport and she seemed confused by what was happening on the field. She saw these gigantic monsters, dressed in funny clothes, jumping up and down on the gridiron.

When I gave her my binoculars, Olga was relieved to discover these were merely young, energetic men in short pants, shoulder pads and padded shirts.

She became puzzled, however, when she spotted two players hugging in what was called the End Zone. My new friend asked about the two peculiar men dressed in striped pajamas, who ran around the field, waving their arms and tooting whistles. She was curious as to why these active fellows threw their handkerchiefs on the ground, then pranced around.

Olga said she played "keep away" as a small girl and wondered if football was a similar sport. "After all," she told me, "nobody seems to want the ball."

I can see how she thought that. One chap quickly bent over, pushed the brown pigskin through his legs to a lad standing behind him. This guy then turned to his right and thrust the ball into the belly of a man running behind him. Then, the player with the ball suddenly threw it as far as he could and another player leaped to catch it, while an opposing man tried in vain to bat it away. The receiver then tucked the ball under his chest, as if embarrassed to be seen with it.

Once into the End Zone, he threw the ball into the ground and leaped up into the hands of adoring fans. "How odd," Olga said. She got caught up in all the roaring crowd and enjoyed sharing in the jubilation. "When is the next game?" she asked. This 82-year-old Icelander had become a Super Football Fan.

(Editor's Note: In 1978, C. MacDonald covered a Major League Baseball All Star Game at San Diego Stadium with Jack Murphy, Sport's Editor of The San Diego Union. The next morning Jack's article on the game appeared on the newspaper's cover, along with C. MacDonald's story on the ticket scalpers in front of the stadium, which would later be named "Jack Murphy Stadium." Jack had helped in its creation.)