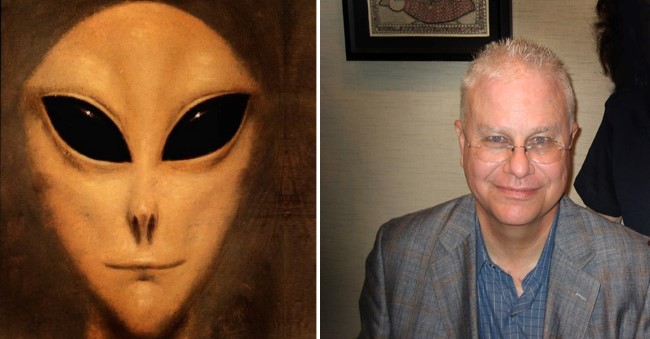 Whitley Strieber (unknowncountry.com), a best-selling author and host of Dreamland radio program, is flying to California (in a commercial aircraft) to speak at a fundraiser for the UFO doctor, Roger Leir, M.D. Strieber brought attention to the alien abduction subject when he published a popular non-fiction novel, Communion, which was made into a movie starring Christopher Walken. It was about Strieber’s first-hand experiences with bugged-eye beings who took him on board a space craft and performed experiments on him.

Appearing in two special events on Saturday, July 21 in Los Angeles & Sunday, July 22 in Costa Mesa, the author of numerous fiction and non-fiction books is helping raise money to pay medical bills for a pioneer in the UFO field, Dr. Roger Leir. The M.D. has spent over a decade helping individuals obtain surgeries to remove unwanted objects, “implants,” from hands, ears, and other such places. Though quite expensive, tests of the materials found in several extractions concluded that the objects were composed of something not found on Earth.

Strieber was one such individual who attempted to have an object removed from his ear lobe. The title of his presentation in California is: “Implants are Real: My Adventures with the Pioneer Who Proved It.” For information on the fundraiser locations and cost, see Mufonla.com. And to learn about the San Fernando Valley doctor’s pioneering work on anomolous implants containing exotic materials you can read his book, “The Alien and the Scalpel,” (alienscalpel.com).