Garden Party of the Century 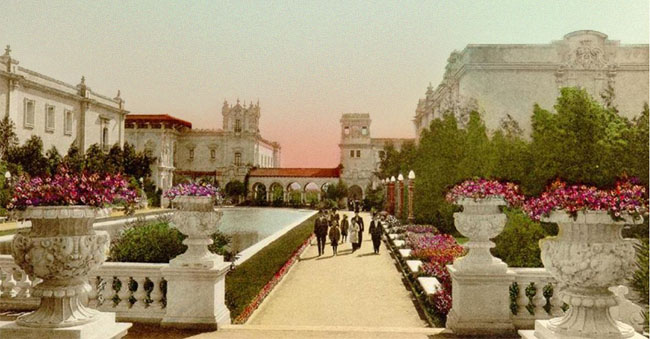 The view of the Lily Pond is one of the most photographed scenes in Balboa Park.

SAN DIEGO, CALIF. — A little more than 100 years ago City Park in the heart of San Diego was transformed and renamed in anticipation of the First World’s Fair: The 1915-16 Panama-California Exposition to be held there. The name ‘Balboa Park’ was selected in honor of Vasco Nuńez de Balboa, the first European to spot the Pacific Ocean while on exploration in Panama. The 1,200 acre park and its extensive landscaping the Exposition brought to the Park has earned it the moniker, the “Garden Fair.”

The City of San Diego invites the public to celebrate 100 years at The Garden Party of the Century on May 9, 2015. The free day-long affair is the signature Spring event honoring the Panama-California Exhibition of 1915. In partnership with floral organizations, Friends of Balboa Park, San Diego Zoo, and others, the Garden Party features a Centennial inspired flower show, Master Gardener demonstrations, garden tours, horticulture discussions, music, art, and activities for all ages. Kid’s Floral Wagon Parade invites individuals and community groups to decorate a wagon in a floral theme to be pulled from Spanish Village to the Plaza De Panama. To participate in the parade, submit a form by May 1. A link is provided on: celebratebalboapark.org