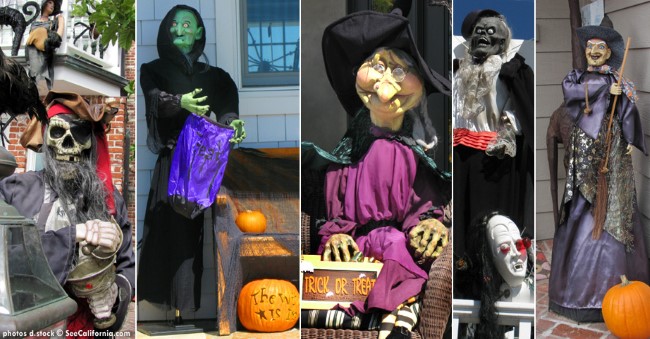 When you were a kid, did your parents sort through your Halloween candy with the ruse of checking it for safety, only to eat your prime sugar treats before your very eyes? Talk about shock & horror!

This year we have plenty to worry about. Michelle Obama has already put the word out that she’s giving out healthy dried fruits and nuts at the White House. Yick! When Barak Obama visited Los Angeles this week to talk about it with Jay Leno on the Tonight show, he tied up traffic all over L.A. causing the prime witnesses in the Michael Jackson – Conrad Murray court case to be late! The poor nurse practitioner who gave Michael Jackson vitamin cocktails and injections before he died nearly broke down and cried on the witness stand.

And in Huntington Beach, Calif. a couple senior citizens at a funeral reception got sick when they ate spiked marijuana brownies sitting on a tray at the event. They were taken to the hospital after feeling funny and were released. All are doing well now.

The urban legends & myths surrounding dangers to the public keep parents in a constant state of worry, especially around Halloween time when they are urged to beware of razor blades, needles in the Halloween candy or potentially spiked candy distributed by neighbors. It has been 37 years since an evil man in Waco, Tx. spiked his very own kids’ candy (one of the children died) and set off a national panic that to this day keeps parents on the edge of fear about their kids’ safety when eating trick or treat candy. That man received lethal injection and is no longer with us.

Here are some Halloween candy checking tips for parents, though we left one out: