Has PETA Gotten Out of Hand at San Diego’s Sea World? 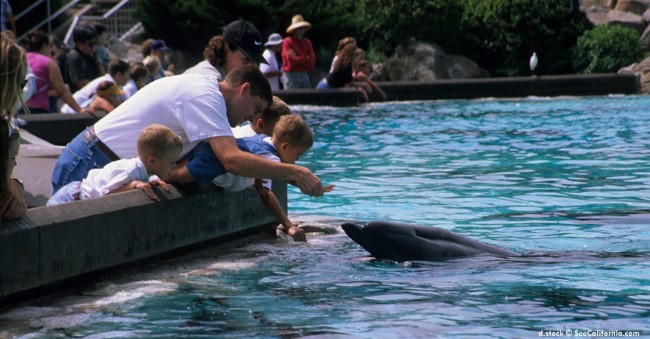 People for the Ethical Treatment of animals, (PETA), brought attention to their organization recently when an attorney representing the group said they’re filing suit against SeaWorld parks on behalf of five orca whales who are being held in insufferable bondage. Citing the 13th amendment to the US Constitution, defense & general counsel Jeff Kerr represents PETA in a lawsuit that for first time tries to extend Thirteenth Amendment protections to “nonhuman animals.”

The five whales have been named plaintiffs in the case that states SeaWorld San Diego’s orcas were violently seized from the ocean and taken from their families as babies. A PETA rep said that they are kept in concrete tanks to performing stupid tricks as slaves.

Tilikum, one of the orcas returned to the SeaWorld arena for public performances earlier this year, has been linked to three deaths already, and opponents say that in view of PETA’s legal argument, that qualifies him as a serial killer under the eyes of the law. Can Tilikum thus be held accountable for the wrongful deaths with which he has been connected? PETA has shrugged off this argument and says they are only asking the court to order the orcas released to the custody of a legal guardian who would find a “suitable habitat”.

U.S. statutes specify animals under human control as property with protections through state and local animal-cruelty laws, endangered-species regulations and the federal Animal Welfare Act. Some are laughing off what they consider a stunt and frivolous lawsuit, while at least one scholar calls PETA’s tactics outrageous and demeaning to the integrity and humanity of people who were owned as slaves.

Perhaps this sets the stage for the devilish experiments happening in labs with gene splicing of a variety of animals and possibly even humans. Creatures and bio-material that may partially contain human genes, and humans injected with computer chips & parts may find themselves in a new category of being not protected under the 13th Amendment. On the face of it the suit appears to be a publicity stunt, but there also may be valid concerns as to what a sentient being is and how one should be treated as we steer toward a path where man melds with machines and other animals.