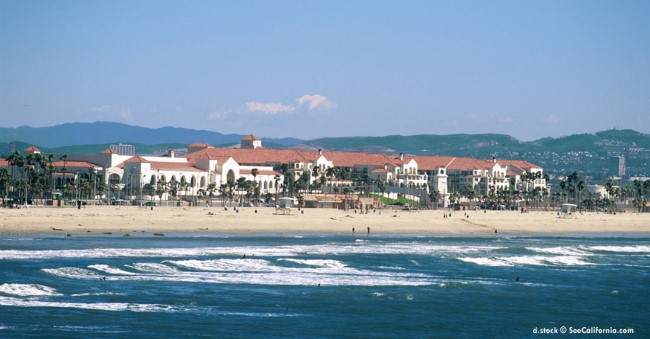 Let’s say you spent millions of bucks to build and operate a resort in California (or somewhere else.) Pictured is the Hyatt Regency Resort & Spa in Huntington Beach, Calif., a popular beach vacation resort with conference facilities and just over 500 hotel rooms. In the past this hotel or any other would develop its small marketing team, pay AAA to do reviews, invite the press to stay and write about the place, and begin the word of mouth campaigns to help build brand.

But along came the Internet, hotel reviews, and companies that beat their competition in getting your vote. Yelp, Tripadvisor, Facebook, Twitter and Google are but a few of the best ranking businesses on the web that have changed the way brick & mortar hotels now operate to drum up business. The good news is that these online sites can be the hotel’s best friend, but the down side is they can be a hotel’s worst enemy.

Such is the case with Grand Resort Hotel in Pigeon Forge, TN. The owner is suing Tripadvisor for $10 million in damages. Tripadvisor, a hotel sales & ratings website declared the Grand the dirtiest hotel in America, and it nearly killed the business, according to the owner, who pointed to a flawed ranking system that allows anonymous reviewers who haven’t necessarily even stayed at particular hotels to hurt their business through smear campaigns. In the blog posts relating to the lawsuit news story, commenters such as other hotel owners favored the resort’s position over Tripadvisor’s and told their own horror stories about dealings with the company. One hotel owner was panicked that TripAdvisor removed her hotel’s favorable reviews.

Similarly, Yelp was recently sued over its alleged practice of contacting merchants appearing on its website. Yelp sales staff told merchants that they could bury bad reviews for a hefty fee, say those who are filing claim. If true, it shows the flawed system in which bad or untrue reviews can be posted without being vetted, and the websites that publish these reviews can make false information disappear for money.

Analysts are calling these Internet sites flawed social experiments that seem altruistic when formed. They invite the public to comment, vent and be heard like never before, but the company’s ultimate goals are to use reviews and the public’s voice as profit-making tools. Charging destinations to become partners for a hefty fee, earning money on advertisements that surround reviews, and making a percent of profit off of the booked hotels are a few of the tools.

In the case of Google, many companies have enjoyed top organic search rankings, and suddenly have disappeared completely from the search results. Talk about ruining your profits!

So how can you pick a hotel? Here are some tips: