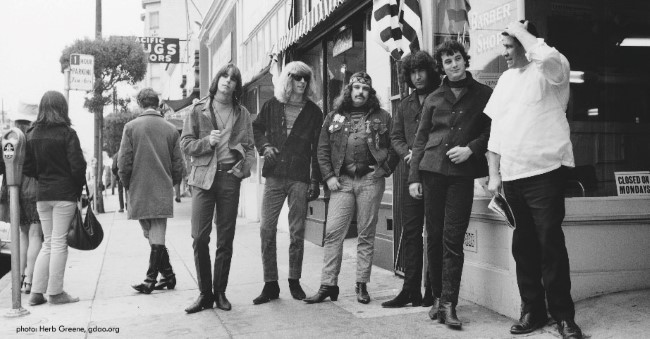 Though one of its band members has been gone for quite some time (Jerry Garcia died in 1995,) Grateful Dead band is going stronger than ever in the hearts and souls of Californians and people across the world. This truly "Made in California" band sprang out of the Bay Area around the time that computer technology slowly started to make the Golden State famous for something other than silicon beaches. Remaining band members are creating new music while playing the famous, old songs, but the love of this cultural icon is so immense that fan bands–hundreds of them–perform in the vein of the "Dead". Most say they only try to represent the music, not mimic the innovations and ad-lib presentations that occurred in live concerts spanning three decades from 1965 to 1995. Jerry Garcia, Bob Weir, Phil Lesh and Bill Kreutzmann, all born and raised in Northern California, were the core group that put up with each other longer than most marriages last. Amazingly, they continued to create innovative tunes, travel on road shows, and play long hours into the night, grooving with audiences in participatory experiences. Sure, they were known for playing music that people tripped out to…and Jerry Garcia never actually kicked his drug habit, which partially contributed to his death.

Regardless of the lifestyles of band members and audiences they attract(ed), Grateful Dead has done something few musical acts or musicians would ever permit–they’ve allowed fans throughout the years to record their concerts. The Dead have one of the largest concert archives of any band on Earth! And, with their goodwill and marketing genius, they have amassed record-setting number of fans, as well. Among their collections from themselves, family members, and fans, are materials that were deeded to UC Santa Cruz in 2008. The University announced last year on June 29, 2012 that 25,000 items and over 50,000 scans selected from the Archive at UC Santa Cruz, documenting the Grateful Dead’s 30-year history, are now available to the public.

Unlike The Eagles band which made enemies by suing nearly everybody–even the non-profit organization for research of eagles (birds)– Grateful Dead has a loyal and loving following that stretches all the way to the San Francisco Orchestra this summer when they perform a Jerry Garcia Symphonic Celebration at Davies Symphony Hall, tickets: sfsymphony.org. In San Mateo on March 19, 2013, there’s a Dead Headers Garden Gala, one of countless events honoring the Grateful Dead. You can hear their music nearly every night at some local club or bar in California. Groups such as Cubensis (cubensis.com) perform concerts regularly around California.