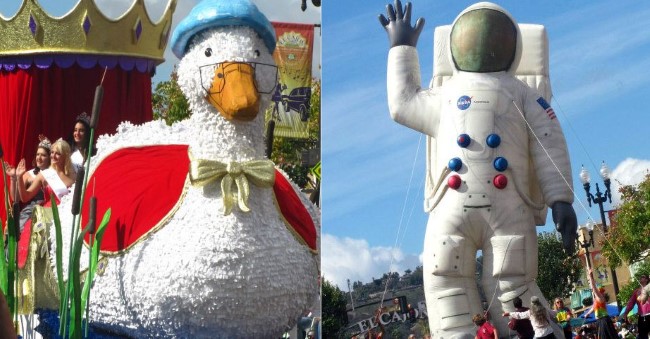 76th annual parade, "A Celebration of Children," first began in 1947

The Mother Goose Parade is the largest parade in San Diego County and the largest of its type west of the Mississippi. The parade attracts thousands of spectators on the Sunday before Thanksgiving, thanks to the help of thousands of volunteers who work all year to bring this tradition to life.

Macy's has the famed Thanksgiving Day Parade but a lesser known tradition is the Mother Goose Parade always held on the Sunday before Thanksgiving.

Witness an annual event that began as a gift to the children of San Diego in 1947.  The largest parade in San Diego County features floats, clowns, Santa Claus, marching bands, equestrian teams and celebrity appearances.  It takes place in the East County city of El Cajon.

A tree lighting follows at dusk on Main and Magnolia.

Here is a list of free things to do this holiday season in San Diego.