Planning for Poppies in California 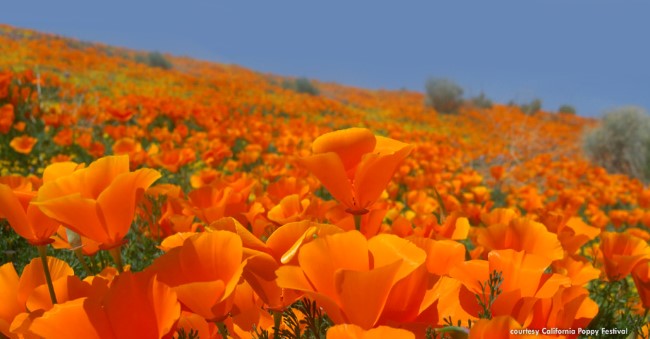 We haven’t even made it through winter yet in California but times goes by so fast, you might want to make a mental note that on April 21 & 22, 2012, Lancaster is having its 21st Annual Poppy Festival (poppyfestival.com). Lancaster claims to have one of California’s most abundant crops of California’s state flower, the poppy. When the season comes, you can simply visit and wander the fields of wildflowers or attend the festival, which is more of a fair with foods, entertainment and vendor booths. The festival is among many that celebrate flowers each year in California.

The biggest and best known, Tournament of Roses in Pasadena is just round the bend on January 1, 2012. At that festival parade, all the floats are made of flowers and organic items, and after the parade, they go on view for the public to pay a fee to see (costs around $10 admission.)

Other flowers California celebrates include Carlsbad Flower Fields in March-May, Lompoc Flower Festival in June, Daffodils in the spring at Daffodil Hill and Murphys, and the desert spring blooms in the national parks. There are festivals that celebrate lavender, orchids and a variety of flowers in California. And one overlooked flower spot is the State Capitol. Flower beds that surround the building are planted each spring with lavish displays of color courtesy of California’s garden clubs.