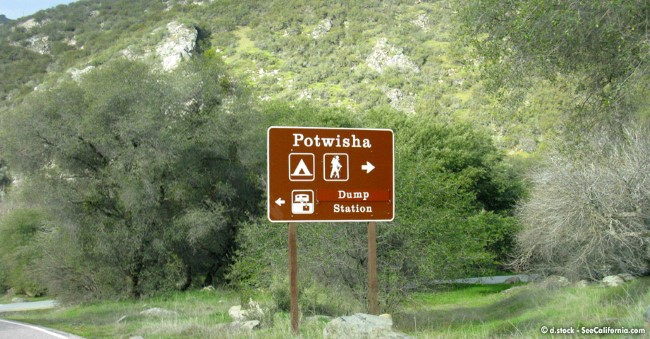 Something always tells you that with a name like Potwisha and sign that points to a dump station, you better not laugh! Upon further investigation, your instincts will prove that out.

Potwisha is the name of an offshoot or subgroup of the Monache Native Americans who lived in the Sierra Nevada mountains. Potwisha and Hospital Rock are now campgrounds for Sequoia-Kings Canyon National Park system in California. Read more.