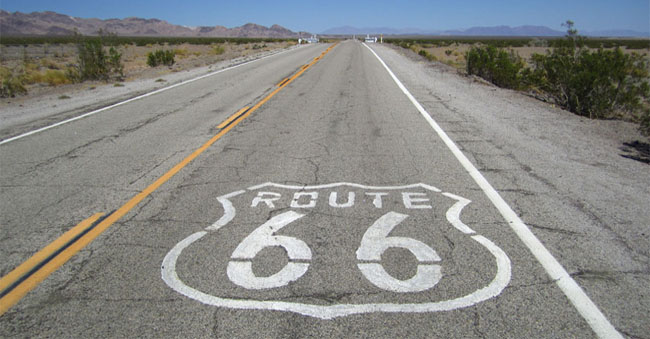 When Route 66 Rendezvous in San Bernardino was cancelled in 2013, attendees looking forward to the 23rd annual car show felt the same kind of sadness many felt when Route 66 was removed from the highway system back in 1985. Now it's time to rev up your engines for Route 66 Cruisin' Reunion (Route66CruisinReunion.com) in Ontario on September 20 through 22, 2013. It is a mere 25 miles from San Bernardino–and held on the same weekend that the other event was scheduled for, no less.

In American culture Route 66 represents more than a road. It was a lifestyle. They called it the Mother Road and for the majority of its 59 years the paved highway was the preferred route for travelers between Chicago and Los Angeles. The 2,448 miles it covered were unique, passing through small cities and towns in the great Southwest. Road stops along the way encouraged travelers to explore, and many new attractions and businesses sprang up as a result of Route 66's popular success. It even passed through San Bernardino where the McDonald brothers revolutionized fast food dining with their first McDonald's hamburger restaurant in 1948. The original McDonald's building is gone but on the location is a free museum dedicated to its memory. Collections of artifacts from Route 66 and McDonald's at the corporate office of Juan Pollo Restaurants commemorate two icons, though another excellent Route 66 museum in Barstow is well worth the stop (route66museum.org).