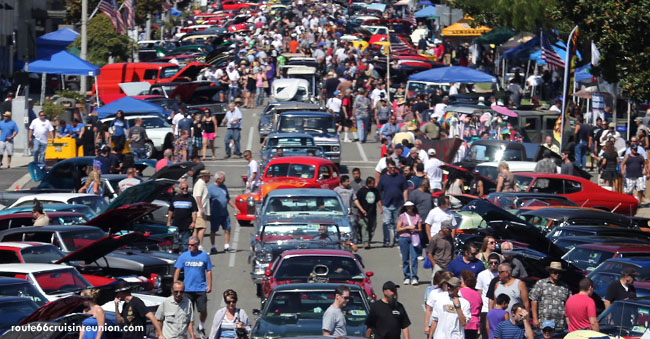 Route 66, one of America’s original highways between the Midwest and Santa Monica, California, officially lasted from 1926 to 1985. Cities along the route of this “Mother of all Roads” became some of the first hospitality centers greeting guests with beverages, burgers and souvenirs, as well as hotel rooms and gas for the car. How fitting that a tourism organization, Greater Ontario Convention and Visitors Bureau, revived the Route 66 car show in 2013 and plans to host another celebration this year!

When Route 66 was completed it was an era in which humans transitioned from horse & buggy to Oldsmobile, Ford and Chevy. Cars Land at Disneyland re-creates the look and feel that older generations got to experience driving the highway, and see on a TV series,  Route 66, featuring two cool dudes traveling cross country in a Corvette. A song was even written about it, “Get Your Kicks on Route 66″.