There’s Only One Gaslamp Quarter and Numero Uno Mardi Gras in Calif. 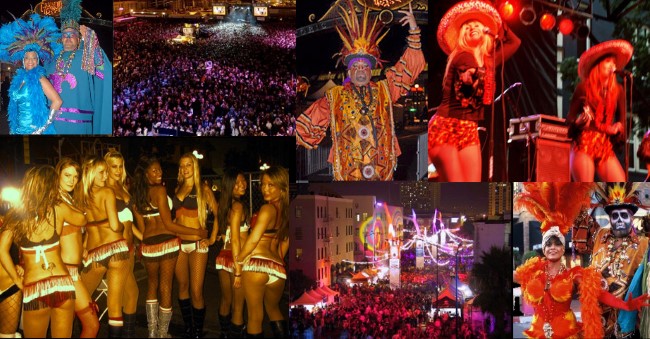 When it’s Fat Tuesday and you’re still in California, San Diego’s Gaslamp Quarter is calling your name, beckoning you to come celebrate. You’re never too old to rock, though you must be at least 21 to gain admission to the city’s biggest street party in what was once a redlight district of town.

5 stages of entertainment spread throughout 16 blocks include the world’s top Electronica, Dubstep and House DJs. Sexy? Yes! Naughty? Oh yeah! Fun? Are you kidding–take a look at the photos!