Wish They All Could Be California Girls, Beach Boys Coming Back to Sing the Tune 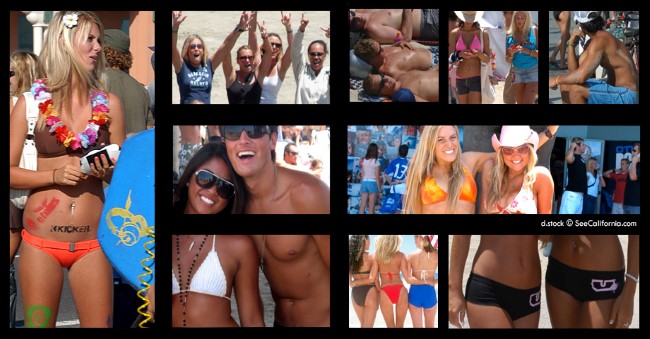 While perky pop singer Katy Perry had her very own encounter with the Beach Boys & their hit, California Girls, when she released her very own California “Gurls” song, more of the NEW generations will be exposed to The Beach Boys and the concept of “wishing they could all be California girls” when the band makes their come back reunion tour, as announced recently.

With more gorgeous girls than anyplace in the world, people from around the globe flock to see California’s famed beaches and trim, tanned bodies. With summer but a memory right now, these beach pictures pay tribute to summer, sunshine, and fun–all the ingredients that the Beach Boys wrapped up into a song and sentiment.

Beach Boys founding members Brian Wilson, Mike Love and Al Jardine announced that they are reuniting for a 50-date tour simultaneously celebrating the band’s 50th anniversary and new album release in 2012. Formed in 1961, the band included Love, Jardine, Wilson and his two brothers – Carl and Dennis, who have since died. Like survivor Dean Torrence of Jan & Dean, and other famous 60s bands still performing, they likely will surround themselves with younger musicians to put a timeless “face” on their presentation and attract a larger audience. The Beach Boys first concert is scheduled for April 27 at the New Orleans Jazz & Heritage Festival. Stay tuned for tour announcements, locations & dates!