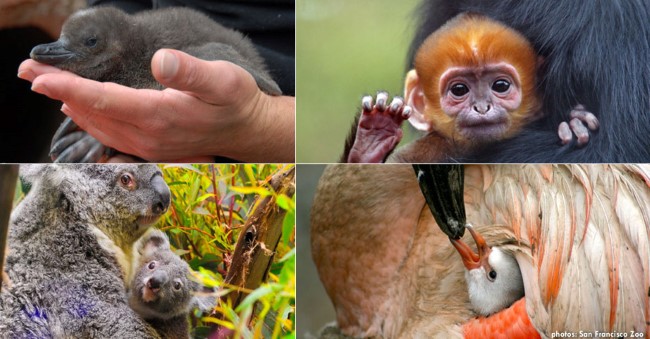 San Francisco Zoo connects visitors with wildlife to inspire caring for nature and advance conservation action. Nestled against the Pacific Ocean, the San Francisco Zoo is a 99-acre urban oasis. It is home to nearly 700 exotic, endangered and rescued animals from all over the world and lovely peaceful gardens full of native and foreign plants. The majestic African Savanna offers a multi-species landscape with giraffes, zebras, kudu, ostriches and more.

At Grizzly Gulch visitors can get nose-to-nose with rescued grizzly sisters Kachina and Kiona. Lemurs leap through Lemur Forest, the largest outdoor lemur habitat in the country. Penguin Island is home to the largest colony of Magellanic penguins outside of the wild. The Zoo's troop of gorillas lives in the lush Gorilla Preserve. Farm animals for feeding and petting can be found in the popular Fisher Family Children's Zoo.

Take rides on one of the world's only old-fashioned miniature steam trains and the historic Dentzel Carousel.  The historic 1921 Dentzel Carousel and 1904 miniature Little Puffer steam train are treasured by generations of visitors. The San Francisco Zoo offers a rich history for its guests, including fun rides, educational programs and exciting events for children of all ages.

Mammals at the zoo include: