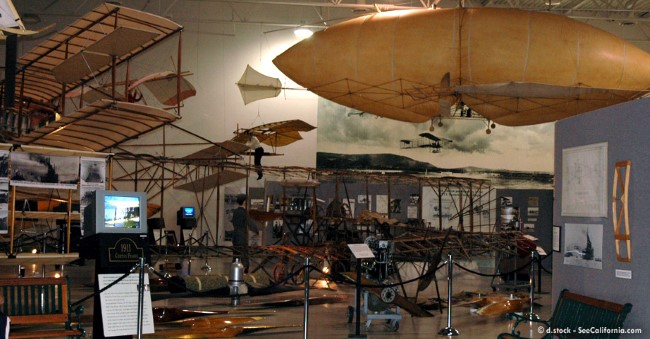 SAN CARLOS, CALIF.--Located 25 miles south of San Francisco and 25 miles north of San Jose, San Carlos is on the northern end of Silicon Valley. San Carlos hosts several technology companies and is the address of many of the West Coast's biotech and medical instrumentation firms.

Among the attractions are several museums that include the Museum of San Carlos History and Hiller Aviation Museum. Several excellent trail systems are open to the public providing great outdoor hiking and exercise opportunities.

With over 20 excellent restaurants in town, the options range from Thai to Italian, Mediterranean to Mexican. Some of the bistros offer live entertainment, as well. In the summer annual events include free concerts in the park in July and August, the popular San Carlos Hometown Days, San Carlos Art & Wine Faire, and several other events open to the public, mostly free. A summertime favorite is Hot Harvest Nights, a Farmers Market - Street Fair.

Hiller Aviation Museum is one of the must-see attractions in San Carlos. It was founded by helicopter pioneer Stanley Hiller Jr. in June 1998. Two large display areas contain the majority of the exhibits in the Atrium and the Main Gallery. Vintage and futuristic aircraft, prototypes, and models are on display.

The large object top and right-center in the photo is an Aviator built in San Francisco in 1869. Powered by a 1-hp steam engine driving twin propellers, it was the first heavier-than-air aircraft to employ a three-axis control system. A hydrogen gas bag partially offset the weight of the 45 foot airframe, but Aviator's rudimentary 18 foot wings and shape generated the lift that got it off the ground. On its first flight, the unmanned aeroplane flew one mile at a field near the present San Francisco Airport.

A favorite of visitors to the museum is the Flying Platform, a prototype developed from National Advisory Committee for Aeronautics (N.A.C.A.) engineer Charles H. Zimmerman. It was based on his concept known as the "Flying Shoes".