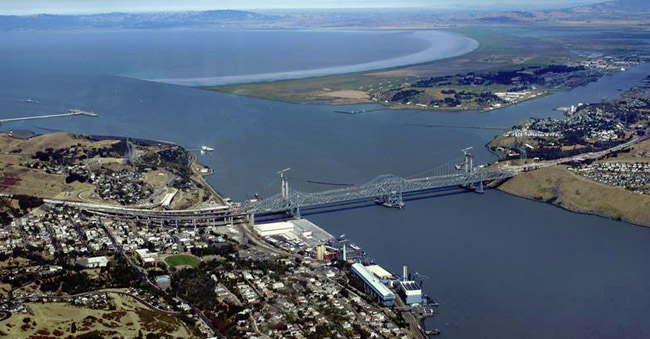 SAN PABLO, CALIF. -- Welcome to the All-America City, an award that less than a dozen cities earn annually throughout the United States! San Pablo received its award for its innovative and proactive programs to help the citizens and especially the youth grow to be healthier. When the All-America City Award focused on issues such as obesity, walkable cities, biking, fitness, healthy eating and disease prevention, San Pablo was selected as the only California city to be honored with the title and signage designating the distinction in 2014. People are demanding healthy housing and healthy work places, and San Pablo had the foresight to make health a priority.

To win, each community must demonstrate innovation, inclusiveness, civic engagement, and cross sector collaboration by describing successful efforts to address pressing local challenges. More than 600 communities have won the award, some as many as five times. All-America Cities have shown the ability to innovate in such areas as job creation, neighborhood revitalization, crime reduction, new housing for low income people, improving education, and engaging youth.

The Bay Area city carries a well known name in the region where San Pablo Bay tidal estuary that forms the northern extension of San Francisco Bay, is heavily silted from the contributions of the Sacramento and San Joaquin rivers draining from the Central Valley into the Pacific Ocean. Salt marshes and mudflats provide wintering stops for canvasback ducks on the Pacific Flyway. Most of the northern shore of the bay is protected as part of the San Pablo Bay National Wildlife Refuge, assisting species--California brown pelican, California clapper rail, and salt marsh harvest mouse. San Pablo Bay and Marin Islands National Wildlife Refuges 45 miles northeast of San Francisco, are tucked away in the northern reaches of the San Francisco Bay estuary and span the counties of Marin, Sonoma, Napa and Solano. More than 13,000 acres of wildlife habitat include uplands, open bay, salt marshes and mud flats, freshwater wetlands, and agricultural lands are being restored to wetlands.