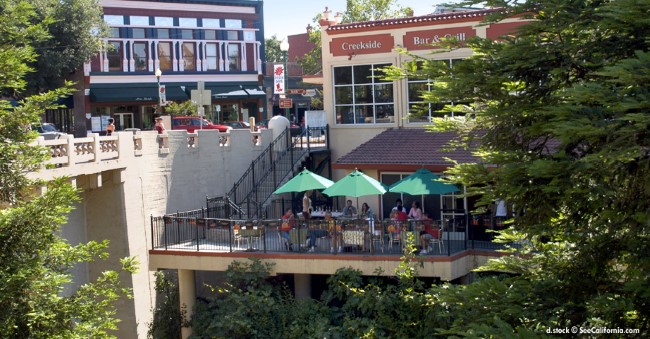 Some things are priceless-- a Crab Boil at a Moose Lodge is one of them. And that's the beginning of good times in Vacaville, California, where the annual Fiesta Days launches with delicious foods such as crab & barbeque pulled pork sandwiches.

If shopping's your thing, Vacaville's got it. More than 120 outlet stores fill the Vacaville Premium Outlets complex. Traveling with a group one time, our bus stopped at the mall and we were given an hour to shop. I came back with an oversized travel bag for under $10. And I also bough two pairs of Reeboks on sale. Nearly everyone (men included) in our group managed to snag a deal before the engine fired up and we were off to California's Capitol City, Sacramento.

In addition to the outlet stores with every name brand you can think of, there's also Nut Tree Village, and the charming Downtown. Massive oaks, eucalyptus, elm and other trees offer shade for picnics and games in Vacaville's scenic parks.

Vacaville is located along the I-80 corridor between San Francisco and Sacramento, which means lots of traffic on the roads, and lots of restaurants and hotels to choose. Vacaville has several three star hotels and a lot of two stars. The accommodations can be described as family travel option with affordability in mind.

Having stopped in Vacaville twice, once to eat and once to shop, we happened upon a city event, Fiesta Days during our eating stopover.

Fiesta Days is the big celebration that spans a week with contests, foods, and festivities. The core of the event is a Fiesta Days Parade and Memorial Weekend carnival and festival with concerts in the town center at CreekWalk. Until around 2000 Vacaville had an Onion Festival which is remembered during Fiesta Days with Jalapeno & Onion Eating Contests.