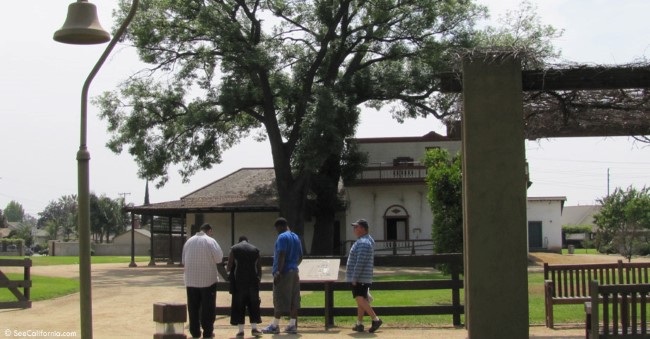 Whittier is a residential city not far from Los Angeles, yet far enough away (approx. 12 miles) to retain its own character, flavor, history and charm. Named for the poet John Greenleaf Whittier the Los Angeles County city offers scenic vistas with hills stretching to the north of the city, the Pacific Ocean to the south, and Los Angeles River and Santa Ana River nearby.

Once thriving with citrus ranches like so many cities of the early 1900s were, Quaker Brand fruit grown in Whittier was shipped all over the U.S. Whittier was not only ideal for citrus, but also became the largest walnut grower in the United States.

In 1904, the Pacific Electric Big Red Cars enjoyed service from Los Angeles to Whittier, and onto the beaches of Southern California, connecting this inland city with the sea, and making the world seem a lot smaller for the residents who now enjoyed easy access to recreational entertainment such as the popular beach piers, salt water plunges, fun zones, and pavilions where big bands played and the public danced the night away.

Over a million passengers a year rode to and from Los Angeles on the Whittier line. That transportation service was eventually disbanded with some cars actually discarded into the Pacific Ocean during the 60's.

In recent years, Whittier has not enjoyed any particular claims or monikers as a tourist attraction, but an earthquake certainly put its mark on the city and many actually packed up and moved away after experiencing the Whittier Narrows earthquake On Oct. 1, 1987, at 7:42 a.m. Measuring only a 5.9 on the Richter scale, the uptown business district suffered substantial damage and an Historic Resources Commission was created to oversee the approval of historic designations and historic districts. As a result, Whittier retains its character and charm that other surrounding cities have torn down and rebuilt as Mediterranean stucco, an affordable theme in Southern California. Uptown Whittier contains the traditional central business core, while Central Park and Hadley-Greenleaf have been designated as historic districts. North of the historic districts is Starlite Estates, an upscale neighborhood.

Surrounding Whittier College is an area known as College Hills, which has been designated a historic district. When visiting, take time to drive around and enjoy the period architecture.