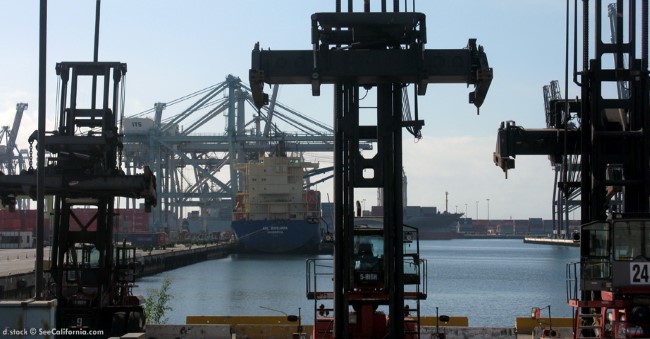 The Nation's Most Polluted Cities

California has 8 out of 10 most polluted cities in the U.S. That's a bummer! We love our beaches, our fine climate, deserts and mountain resorts--so what's up with the dirty air business? Pictured is Long Beach / Los Angeles Ports, combined to make the busiest port in the U.S. Strides have been made to curb pollution at the ports, but challenges still exist.

California works hard to beat a bad rap. We have the toughest regulations for fighting air pollution and also pay the most for gasoline with cars equipped to reduce emissions. We've come a long way, but we also grow and add nearly half a million people each year--and that adds up to more bad air with more mouths to feed, more cars on the roads, and more of everything else.

Top 10 Most Polluted Cities in U.S.

Here's more in the ranking:

A study performed by the Air Resources Board looked at emissions from cargo handling equipment and hotelling emissions from ocean-going vessel auxiliary engines near the ports of Los Angeles and Long Beach. It found that while emissions from these source categories do not have a major role in the near port risk levels, they are significant contributors to the overall elevated risk levels of a large population of over 2 million people to cancer risk levels in the 50 in a million range. They are but one source contributing to region's ranking as most polluted in the U.S.

For a national, annual update on Air Quality, check out the State of the Air Report produced by American Lung Association (lungusa.org) or the source from which that non-profit organization derives its data -- the